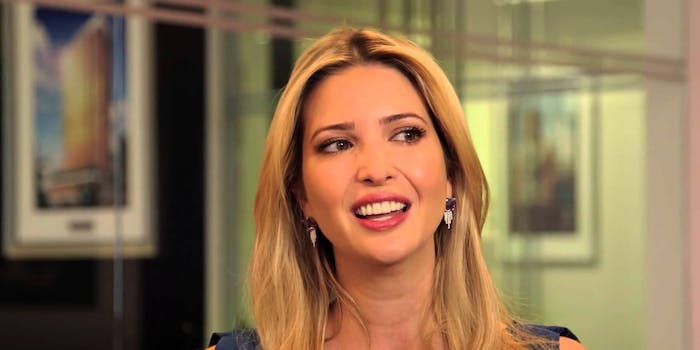 On Donald Trump and fathers who sexualize their daughters

Late one summer night, I received a message on Facebook.

“You looked so sexy,” it read.

I stared at the computer, bewildered for a moment. I scanned the message reading it over and over again. Then, finally, I just sat there as a deep feeling of disgust bubbled in my stomach like gas seeking an escape. The sender of the four-word statement: my father.

I have never publicly written about my father. To invoke an elementary cliché, my upbringing taught me to firmly abide by a signal cardinal rule when dealing with relatives: If you have nothing good to say, don’t say anything at all. Not to mention, the stigma surrounding women with absent (or abusive) fathers is so pervasive and nearly inescapable. How, if ever, could people reconcile the truth that I was raised a fatherless child with the fact that somehow I turned out just fine? I feared such understanding would be too difficult for many. So, I kept my history with my father in the shadows.

Then I read recent news headlines about Donald Trump and Alexander Carter-Silk—a man who used his LinkedIn account to sexually harass a young woman—making sexual comments about their daughters and realized silence only breeds acceptance of this type of boundary-crossing. Silence only empowers fathers like Trump, Carter-Silk, and my own to continue to objectify the girls and young women in their lives. Take this statment from Trump about his daughter, Ivanka:

[Ivanka posing for Playboy] would be really disappointing—not really—but it would depend on what’s inside the magazine. I don’t think Ivanka would do that, although she does have a very nice figure. I’ve said if Ivanka weren’t my daughter, perhaps I’d be dating her.

Or this most recent sentiment shared by Trump, as he’s been going about his presidential campaign:

Yeah, [Ivanka]’s really something, and what a beauty, that one. If I weren’t happily married and, ya know, her father…

And this caption that Carter-Silk wrote on a photo of his daughter—who is a fitness trainer—working out:

Whilst I should not encourage lascivious comments about my daughter… Yeee gods she is hot!!

While some may argue that these men are not objectifying their daughters—perhaps merely acknowledging their beauty or making innocent comments about their appearance—as a young woman whose father has made similar comments about her person, I can say with assurance that such statements feel far from innocent when you are the subject of them. When the man who is supposed to be your protector becomes your objectifier, your innocence is undermined. The trust in the relationship can be shattered.

It was during my second visit with my father as an adult that he made his first derogatory statements about my appearance. We exchanged photos in anticipation of the three weeks we would spend together trying to catch up on all the time that had passed since we last saw each other. He had changed very little in the nearly 10 years that we were not in communication, but I had grown from a little girl to a young woman—and he made it clear he noticed.

I just sat there as a deep feeling of disgust bubbled in my stomach like gas seeking an escape. The sender of the four-word statement: my father.

“I was expecting a beauty pageant queen,” he said when he saw me, with disdain. The 10 pounds that hung to my curves since my recent transition to college was obviously a liability. I was not as attractive as he expected. And for that reason alone, he was terribly disappointed in the woman who stood in front of him, despite the many achievements won — and obstacles overcome—in his absence.

“She just recently put on some weight,” my sister fumbled, trying to protect me from further scrutiny.

But his judgmental gaze remained, even as the subject shifted. That same gaze followed me, years later, when we unexpectedly encountered one another while riding a ferry. We did not exchange words, but exchanged glances. When his eyes fell upon me, I noticed a gleam—a twinkle. A few hours later, I received the message from him that read: “You looked so sexy.” Fifteen pounds lighter, I was something to behold, a daughter to be proud of, a woman that piqued the sexual interest of even her own father.

I wondered how my father could have possibly thought it acceptable to show outward sexual attention toward his daughter. Why my objectification and sexualization was paramount in our relationship, while my achievements and personality fell by the wayside, unexplored, uncelebrated. Only years later did I begin to process the emotions I felt that day and the interaction that lead to them. Much time passed before I began to accept the precarious nature of womanhood, or understand how it is defined by patriarchy.

There was good reason for my ignorance. Raised by a single-parent, liberal-minded mother, I was infrequently confined to the boundaries that separated femininity from masculinity. My identity was forged by freedom and self-expression. I was a little girl who climbed trees with uncombed, messy hair all summer and preferred karate over ballet. I wanted to be the smartest and the fastest and was never ashamed to admit it. I was far too busy being competitive to be pretty.

Yet, never did anyone—my teachers or family—question my gender or attempt to force roles upon me that felt unnatural. I was a little girl, yes. But I was a child first. Gender fluidity was a natural part of my identity. Gender conformity was something I struggled with.

But his judgmental gaze remained, even as the subject shifted. That same gaze followed me, years later, when we unexpectedly encountered one another while riding a ferry.

“I was always worried about not being pretty enough,” one of my closest girlfriends confided while we exchanged stories about our childhood.

“I was always worried about looking too pretty,” I responded with a chuckle. I knew from an early age that there was a certain delicacy to femininity that was a liability. That a pink dress turned grey by play would be unseemly. Or that fixing a strand of hair fallen free from a freshly coiffed bun could mean precious time stolen from what could be an afternoon of fun. I had no interest in being pretty, in being “feminine” or “girly” and no one around me cared to force me to be interested.

The discomfort and even anger that wells and boils in me when I read these comments by men about their daughters—and even when I read those written by my own father—comes from a sense of loss. A loss of freedom—the freedom to define myself as a woman, to be seen as more than a face or a body and to be respected for my accomplishments and talents. I am so, so tired of femininity being a liability, and of men—even fathers—doing the bidding of patriarchy. Defining and confining even their own children for the betterment of whom? Of what? The answer is simple: to safeguard the perpetuation of patriarchy. In other words, to empower themselves.

I, however, will no longer be complicit in the continuance of that cycle. My silence will not be a tool used against me or other young women or girls, even if my honesty is misconstrued or misrepresented. It is a plain and simple truth that no man should sexualize or objectify his daughter.

I hope we can all agree with that statement. Yet many find it difficult to acknowledge the problematic nature of the pervasiveness of female objectification in our entire society and culture. After all, a man’s young daughter will one day grow into a woman. At the point at which she sheds her childlike innocence and her body fills out into womanhood, how could he possibly view her as anything more than a sexual object in a society that socialized him to believe that is what defines women?

I wanted to be the smartest and the fastest and was never ashamed to admit it. I was far too busy being competitive to be pretty.

For many fathers, this may prove an insurmountable task.

That is what Donald Trump’s statements about his daughter reveal. Some will attempt to dismiss such comments as crass or crude, but not reflective of anything more. However, buried within them is a truly widespread societal issue that must be discussed, though the conversation is quite discomforting. How can men be good fathers to daughters while viewing women primarily as “pretty little things” or objects to be sexualized?

I personally find these two realities to be grossly incompatible. A man who cannot respect the full, multi-dimensional truth of womanhood, cannot respect his daughter.

This article was originally featured on The Frisky and reposted with permission.

Tiffanie Drayton is a freelance writer and activist.