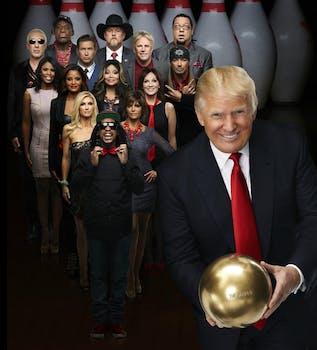 Trump is seeking $400,000 in damages from J. Taikwok Yung, a 33-year-old hacker who lives in a two-bedroom Brooklyn apartment with his mother.

Donald Trump is suing a hacker in Brooklyn after learning that the hacker has amassed more than 200 Web domain names that use his name and likeness.

The global real estate mogul, who’s parlayed his excess of cash into becoming widely known as one of the most reviled public figures in the world, is seeking $400,000 in damages from J. Taikwok Yung, a 33-year-old hacker who lives in a two-bedroom Brooklyn apartment with his mother.

According to the New York Daily News, Trump claims that Yung has spent the past six years sitting on a rather large quantity of websites that portray his likeness in a negative light.

Four in particular—trumpindia.com, trumpbeijing.com, trumpmumbai.com, and trumpabudhabi.com—have Trump especially peeved. Yung registered those domain names in 2007 after Trump’s son Eric announced that his father planned to build a series of hotels and condominiums in southeast Asia. But rather than offering information about their developments, Yung’s four sites have slandered Trump’s name and offered various forms of information about drops in ratings for Trump’s reality TV show The Apprentice.

Trump originally offered Yung $100 for each domain Yung sat on, but Yung refused. Trump countered by taking the case to the World Intellectual Property Organization, which ruled in Trump’s favor. Yung tried to a counter suit in Brooklyn, but the case was thrown out.

Now, a Brooklyn judge who ruled that Yung had violated the Anticybersquatting Consumer Protection Act, which prohibits registering, trafficking in, or using a domain name confusing similar to a trademark or personal name, may force Yung to drop a cool $100,000 for each of the four domains he owns.

Yung is currently appealing the judge’s ruling. In court papers filed this week, Trump’s lawyers called Yung “as brazen and unrepentant a cybersquatter as one might find.”

But Yung sees the situation somewhat differently. In his eyes, he’s just like the Donald: taking advantage of opportunities and grabbing real estate on his medium of expertise.

“Some people collect jewelry,” he told the New York Daily News. “I like domain names.”

The Donald has remained mum about the issue on Twitter, where he’s usually an egregious sounding board of controversy and instinctual opinion. He’s spent much of the past day tweeting about immigration reform and Alex Rodriguez’s grotesque salary, making a point to mention that “‘Apprentice’ was #1 among ABC, CBS and NBC … in all key demos” last week.

Way to go, Donald. Everybody’s rooting for you, in everything.