Though... it sounds plausible.

President Donald Trump has been one very busy bee—at least, that is according to this meme alleging that, yes, the 45th president of the U.S. knowingly plagiarized part of his inauguration speech from the internet favorite Bee Movie. 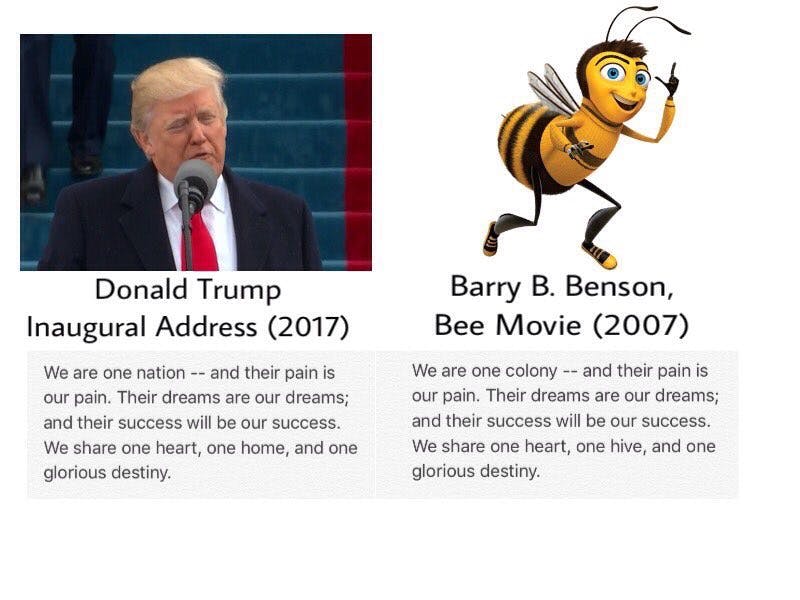 Yep, Twitter has fused its love of Bee Movie memes and poking fun at our new president into one meme, posing a universe in which Trump has not only seen the children’s movie—which came out when his youngest son Barron was but a toddler—but also made the conscious decision to base his speech off the musings of Jerry Seinfeld‘s Barry B. Benson.

A 9 year old has the nuclear codes. pic.twitter.com/MaF1d7LHLr 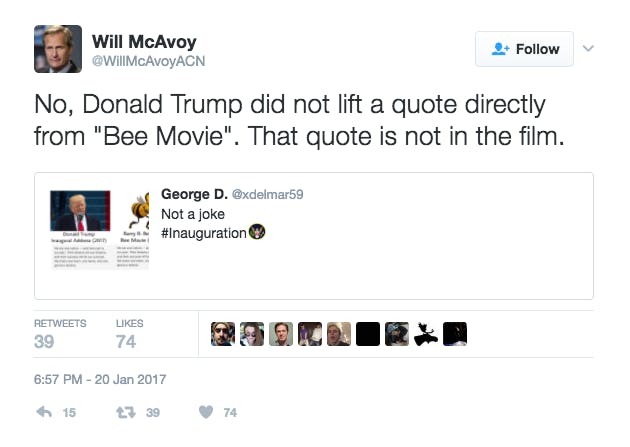 I’ll admit that when I saw this meme myself, I knew, I knew that it wasn’t legit. But still, there was a part of me that thought, in the back of my mind, that Trump is an unprecedented president whose speech also sounded like Bane from The Dark Knight Rises. Who’s to say? I had to investigate.

Spoiler alert: Trump (or more so his co-speech writers and advisers Steve Bannon and Stephen Miller) did not, in fact, plagiarize Bee Movie. While Trump did say the “we are one nation and their pain is our pain” bit in his speech, no such thing is uttered in Bee Movie.