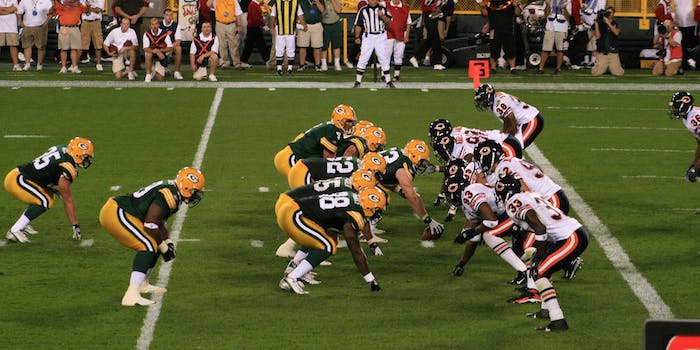 Fandom is hard to give up.

My memory is impeccable. I can map out exactly where Reggie Miller was in the backcourt when he hit the game-winning three-pointer over Michael Jordan to tie up the 1998 Eastern Conference finals (three steps behind the line, top right of the key, it was perfect). I remember every trick play in the Boise State-Oklahoma 2007 Fiesta Bowl (there were three), and how many seconds were left on the clock when they decided Hail Marys were the way to win a game (18 seconds).

My ex-boyfriend used to tease me that I didn’t remember meeting him at a party a year before we began dating, drunk on wine coolers and my own ego of being a 20-something who wasn’t interested in his small talk, but I do. I remember our first date, even though it was unremarkable. I remember skipping the healthier salad option because I can never turn down congealed broccoli and cheese soup, even though I’ve had roughly 1,300 bowls of it in my life. I know exactly what Tim Lincecum’s ERA was the first of many nights we’d brave traffic up to Elysian Parkway to watch the Giants beat the Dodgers, and how he would lean in every few minutes and tell me that my hair smelled like pomegranates, even though we both knew it smelled like Head & Shoulders.

What I don’t remember? Exactly when he started hitting me or why I was okay with it. That’s where things get a little fuzzy.

I stayed, for longer than I should have. It wasn’t always bad. We were both passionate and quick-tempered—an empirical fact. There was nothing more I loved than arguing with him, and all of our fights were stupid—the kinds of things you fight about in your young 20s, like “You literally never like my Facebook photos” or “You promised you wouldn’t start drinking vodka this early.”

When the fights started getting physical, I chalked it up to the fact that neither of us was immune to hot-headedness or being passionate. He only drank whiskey once in a blue moon, I’d tell my friends. (That the blue moon lunar cycle was now a truncated seven days, I conveniently left out.) I bruise easily; anemia runs in my family. (It doesn’t.) He tells me my hair smells like pomegranates, even when it clearly smells medicinal, at best. He gets every part of me.

Even now, years later, I still have more fond memories of our time together than I do bad ones, and I wonder what he’s doing these days, a lot. I wonder if the issue was timing, even though I know that the issue was his ability to slam me against a wall if he didn’t like that I was hassling him with my feelings. I miss him.

But still, I left. I was lucky, I was young, and I had an excellent group of friends who rotated in shifts of keeping me company, while my friend Monica and I sat on a deck all summer in Beverly Hills, both recently unemployed, drinking sangria, smoking Parliament Lights, and sleeping a lot—anything to avoid having to think about the relationships we just left, even though we knew we were all the better for having left them. I went to therapy. I started volunteering with domestic violence organizations, and talking to other people, women and children, who went through far worse than I did. I found feminism, a concept I had previously tried to avoid, because Beyoncé hadn’t made it cool to be a feminist back then.

I moved to New York and joined the board of a different domestic violence organization, because helping other women deal with what I dealt with is that important to me, and I started writing, a lot, and publicly: about feminism, about women’s issues. About all of it.

And then Ray Rice happened.

I love sports. I possess exactly zero athletic ability whatsoever, but I grew up watching basketball until my eyes bled. I paid $200 for cellular data just to stream last year’s Super Bowl on my phone, on a tour bus in Delhi, while on vacation. I found my pros and cons list for moving to New York recently, and in the cons column was a very serious “Monday Night Football won’t be over until past midnight, it’s a work day.” And then Ray Rice beat his then-fiancée, now-wife Janay Palmer to the point of unconsciousness, and the NFL made a mockery of his punishment. Ray McDonald of the 49ers abused his pregnant girlfriend just weeks later and was still allowed to play in the season opener.

Jezebel’s Erin Ryan was pitch-perfect in her recent piece, “If You Care and Still Support the NFL, You’re a Hypocrite.” Ryan wrote:

But if you consider yourself a moral consumer who cares about equality, there is no excuse for continuing to be a fan of the NFL. ‘Not all NFL players!’ is not an excuse when leadership is rotten from the top down. ‘But I’m barely contributing anything bad!’ is as valid an excuse for continuing to support the NFL as it is for littering. No matter how fun it is, how thrilling, if you’re a person who claims to care about women, watching the NFL is morally indefensible until something changes. No one can be perfectly morally consistent at all times or completely ethical in everything they consume (that would be exhausting), but this one seems like a gimme.

And she’s right, in every way. (Her essay should be required reading around America, for what it’s worth.) The NFL fucked up. The Baltimore Ravens fucked up. The San Francisco 49ers are currently fucking up. As Keith Olbermann said last night, this was not a mistake, this was a cover-up, and every single person involved should resign.

Yet I’m still sitting here, trying to find a rationalization to be able to be a feminist and an NFL fan, and convincing myself that boycotts aren’t the right way to go, discourse is. That I need to keep watching, no matter what my moral compass and charitable obligations would tell me, because I write a weekly column about football and as a freelance writer I can’t turn down that money. Ruminating on whether I can stop watching football entirely but still play fantasy, because I’ve enjoyed domination in my fantasy league for so many years now, and that’s how I stay close to friends I’m 3,000 miles away from.

But that’s not really the reason, you know? I know the real reason: Watching football at a bar with all my friends is fun. Living and dying by third downs, as if I’m the one facing pressure in the pocket myself instead of Jake Locker, is fun. Talking about pre-snap adjustments as my go-to move to get cute former frat boys to make out with me is fun. Standing up for women, even when it’s tough? That’s not fun.

Erin Ryan is right, I am a hypocrite. Fandom is hard to give up, and even though it should be crystal fucking clear, I don’t know how to walk away from all I’ve known and loved on Thursdays, Sundays, and Mondays. Much like the compromises I used to make for my boyfriend, I find myself making similar ones to keep watching football week in and week out. I’m constantly paralyzed by the fact that I post stories to Facebook, tweet incessantly, and discuss feminism ad infinitum with anyone and everyone I can, because these aren’t isolated incidents and I know that, but I also can’t stop turning the dial to NBC on Monday nights, and getting upset that Time Warner Cable doesn’t show all the games. I’m in an emotionally abusive relationship with the NFL. I haven’t found the strength to walk away, even though I’ve done it once before, because I don’t want to, badly enough.

I can no longer reconcile being an NFL fan and a domestic violence victim, but I don’t know how to stop being one, and I never get to stop being the other.