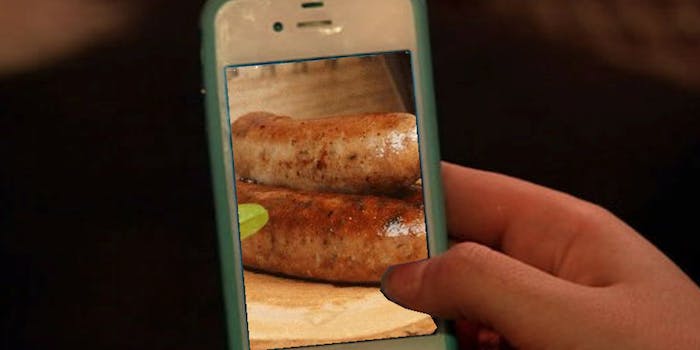 Radio host accidentally Snapchats his ‘pork sausage’ to a Paralympian

A morning radio host in New Zealand shocked a Paralympic athlete by sending her a Snapchat photo of his genitals.

A morning radio host in New Zealand shocked a Paralympic athlete by sending her a Snapchat photo of his genitals.

Dom Harvey, host of the popular show “The Edge,” apologized to swimmer and multiple gold medalist Sophie Pascoe, who saw the photo shortly after setting a new record in the 100m freestyle.

Harvey responded with a joking apology that nodded to Pascoe’s role as an ambassador for New Zealand’s beef and lamb industry.

“So sorry about that Snapchat. I know you like beef and lamb … but nobody deserves a surprise pork sausage,” he wrote.

Apparently, he had intended to send the photo to his producer, Sophie Hallwright, but sent it to Pascoe by mistake.

Harvey, who has a history of controversial and outrageous shenanigans, won’t be fired or even reprimanded for his Snapchat faux pas.

“No one feels stupider than Dom himself but he has apologized. No disciplinary action is planned,” said program director Leon Wratt.

Meanwhile, Pascoe told the New Zealand Herald she’d rather not talk about the photo.