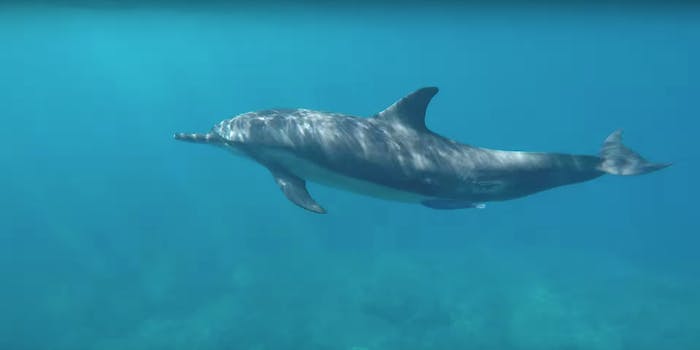 Dolphin shows snorkelers that it can do a triple barrel roll

This is flipping awesome.

Most of us only know how to do a barrel roll online, but this dolphin just showed us all up.

Ryan Pipes was on a dolphin snorkeling tour in Kailua-Kona, Hawaii, during on his honeymoon, when he encountered a dolphin that, instead of swimming alongside them, played it up for the camera—not just once, but three times.

We can only imagine how often this dolphin performs like this.