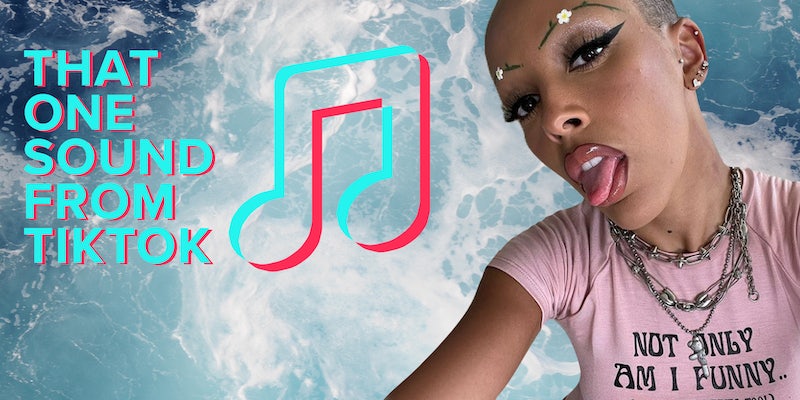 You’ve likely run into a manifestation sound on TikTok—audio that allegedly has some special energy or frequency, and promises to bring you (and those who interact with it) whatever you seek.

As Daily Dot contributor Nicole Froio wrote this week, “The gimmick is blatant: By making manifestation seem as quick and easy as uploading a video on TikTok, the hopeful viewer helps the sound go viral, thus adding to the promise that this is a legitimate life hack to achieve all your dreams in less than two minutes of upload time.”

One perfect example has been the recent push to manifest money via a beach sound, because Doja Cat said to do so, even though there’s no proof of her actually saying so.

The audio is actually pretty unremarkable: a standard-issue “Beach Waves Sounds.” It’s not clear who originally posted the audio, but it’s now been used in more than 8 million TikToks.

A video from Aug. 16 appears to be one of the earliest references to it. The caption reads: “Doja cat manifested money for people who use this sound before the 31st. Not skipping.” There are hundreds of TikToks with similar captions, and the specific amount $3,111 was also circulated, though there’s no proof of Doja mentioning that amount.

In response to someone asking if Doja Cat really said that, the original poster says in the comments, “Probably not. I’m just a very paranoid person.” The comments on that video and many others read “claim” or “claiming this,” as if that energy is transferrable via TikTok.

The audio is a generic ocean sound, made for relaxation and mediation. While there’s no original TikTok of Doja Cat saying anything about manifestation or Sept. 1—her last TikTok was posted on Aug. 17—she did apparently reference manifesting her collaboration with Nicki Minaj in 2020.

Still, people posted videos of alleged proof that they received money for using the sound.

Manifestation TikTok has boomed during the pandemic, reflecting the economic (and, often, emotional) uncertainty of its users. The low-effort, copycat nature of this trend—people slapping similar captions over videos of them staring at the camera while ocean waves play—renders it more silly than concerning.

However, as Froio points out, putting all your trust and hope for your future in a TikTok sound could have negative consequences. As creator E. Angellé told her, the “problem lies in the fact that people try to make a simple sound into something that can make or break a manifestation.”

Doja Cat is an Extremely Online person, but she hasn’t commented on this trend. Her most recent tweet seems to be introducing a new… persona?