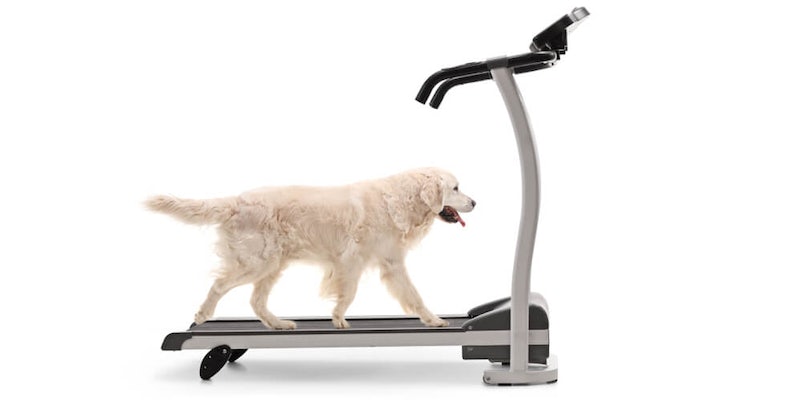 This organization tried to use dogs in a socialism metaphor, and it backfired spectacularly

Under socialism, dogs still wouldn't get paid because they're dogs.

Young Americans Against Socialism (YAAS) is an organization that bills itself as “a nonpartisan 501c3 nonprofit dedicated to exposing socialism’s failures to young Americans by creating viral educational videos for social media.”

The organization’s strategy is, in its own words:

In order to combat this problem in our culture, Young Americans Against Socialism is bringing timely, interesting, but still educational info to where young Americans are most: social media. The videos YAAS produces take advantage of the emotional, personal stories of those that have been affected by the horrifying reality of socialism. Young people look at their phones an average of 70 times per day and will have no choice but to consume YAAS content that is shared onto their news feeds.

Whatever you think of socialism, it looks like YAAS seriously misjudged its target audience yesterday when they posted the following tweet, in which two dogs are walking on treadmills next to each other.

Under socialism, both of these dogs would be paid the same. pic.twitter.com/81bM3NKgVz

One dog is walking briskly and the other is just standing on the side of the treadmill and only using one foot to passively keep up with the treadmill. The caption reads, “under socialism both dogs would be paid the same.”

Where to begin to unpack this?

As Twitter user @Reverend_Banjo pointed out, dogs don’t actually get paid wages, even under socialism.

They're already paid the same. Dogs don't get paid. https://t.co/pdMhgi6ZGM

Though as @TchCrayong says, maybe they should? After all, they are very good boys.

And Daily Beast reporter Asawin Suebsaeng had real questions about the entire situation where dogs get paid to run on treadmills.

Both dogs should be paid the same, they’re both fucking adorable; why are you paying dogs for running in place https://t.co/0KNFcSZiwB

User @emamma_mia points out that actually hard work doesn’t directly correlate to high pay under capitalism, which is actually why so many young people think that socialism sounds like a good idea.

under capitalism the dog on the right would get paid 10 x more and we would call him a landlord https://t.co/EHMJYUjzPt

People leapt on the bad metaphor to criticize capitalism instead.

Under capitalism, that second dog owns the treadmill and claims he is taking all of the risk.

The first dog doing all of the work is the first responder, the teacher, the military, the nurse taking all of the physical and psychological risks – for our kids and country.

Under socialism, neither dog would be forced to eat shit out of garbage and dye of Lyme disease in a gutter because a trust fund baby finds them unworthy of basic necessities. https://t.co/7SbMNebp5H

Under capitalism, the hardworking dog is me and the dog barely doing anything is my boss who makes 4 times my annual salary. https://t.co/yrSFJS632N

In socialism, neither dog would have to declare bankruptcy after visiting the vet.

Under capitalism the dog on the left will be put down when he can’t afford his vet bill following his inevitable heart attack.

Let's assume the dog on the right is sick. Under socialism, he still gets to eat and get healthcare. Under capitalism, he dies, even when he's peddling as fast as he's able to.

People also pointed out that the dog on the left is the true capitalist innovator (or would be if he were not a dog and therefore a very good boy).

People were all over the absurdity of the premise.

under socialism we get paid for working out??? sign me up. gyms are expensive.

also dogs get paid! this is obviously the correct thing. very excited for the socialist future. https://t.co/D04quCpMrE

Well now I know that dogs would have jobs under socialism-

BOW TO THE WILL OF OUR SOCIALIST CANINE OVERLORDS!! https://t.co/rkQeiS6m8y

Under reality they’re both good boyes

We can’t wait to see what cute animal YAAS uses next. Hamster wheels would be a bit on-the-nose.