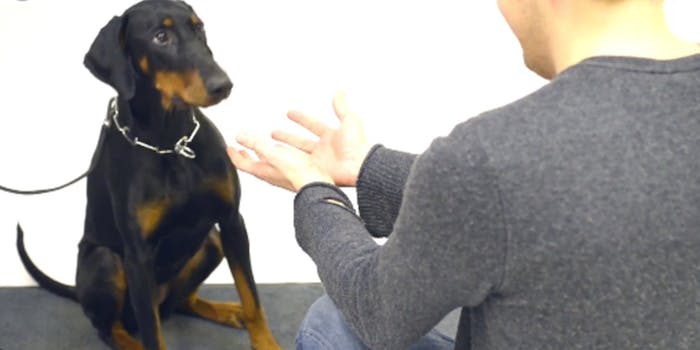 Watch even more dogs get confused over magic tricks

Let us laugh again at dogs who don't comprehend sleight of hand!

Two weeks ago, “mentalist” Jose Ahonen’s video of dogs reacting to his magic tricks captured the hearts and minds of the Internet. Remember when we all laughed at the dogs looking confused, but also felt kind of guilty about it?

Perhaps sensing he was sitting on a viral goldmine, Ahonen just released his second installment. This is really a franchise with endless sequel opportunities. Perhaps it could be a 24-hour channel.

Spoiler alert: The dogs are still confused, though some of them might be catching on.