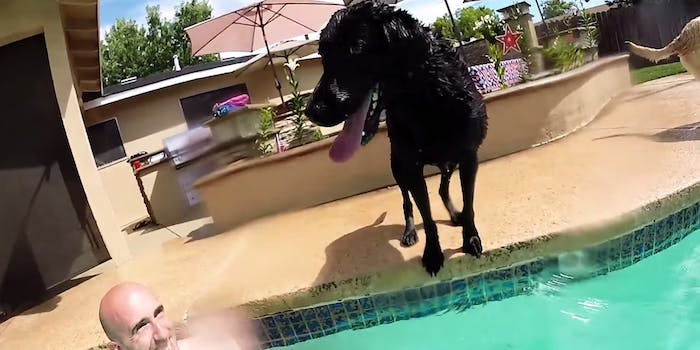 When a dog meets a GoPro camera, it’s always a winning formula.

Maddie the dog loves to play in the water, so a GoPro camera makes for the perfect toy. Watch as she chases after it in a pool during a 4th of July party, briefly catching the camera in her mouth before it gets rescued by a human friend.

Look out for the other dog, which appears to be totally unbothered by the whole experience.