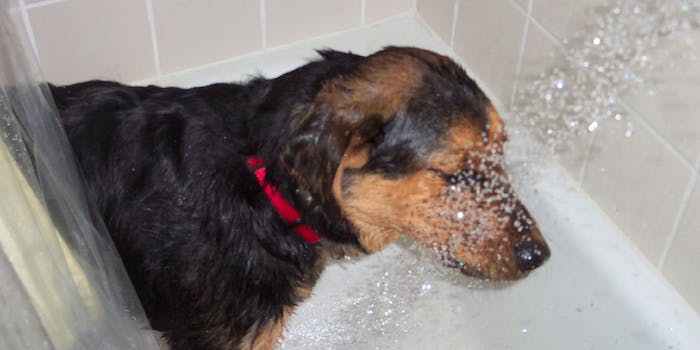 Your genius shower revelations are nothing compared to these dogs’

If I get wet, but no human sees, did I take a bath?

Sometimes in the course of Web history, two memes merge so effortlessly that you would think it was a marriage ordained by the Internet gods above. In this case, the bride is the single-serving Tumblr Text From Dog, a blog filled with screenshots of exchanges between an ADHD canine and his frustrated owner. The groom is the popular subreddit r/showerthoughts, a place for the net to ponder all the banal existentialism and irony that occurs during daily bathing.

Though the subreddit only has a week’s worth of posts, they’re all gems in their respective rights.

Sometimes they get a little politically extreme.

They deal with insecurities we all feel.

But mainly they’re just thoughts your dog would ask if he accidentally got into those special human brownies.

Our only hope is that the next time Nick Offerman narrates some shower thoughts in his rich timbre, they’re of the canine variety.