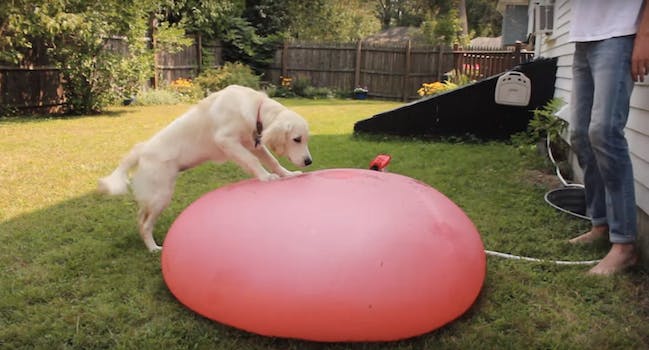 As Christina Milian famously crooned in 2003, “Pop pop pop that thing.” One dog really took that message to heart and burst a massive water balloon.

The golden retriever climbs atop the gigantic balloon, eager to check it out. Seconds later, once its paws are firmly planted, the balloon explodes, drenching the pup.

It might not be as breathtaking as the grown man who entered a giant water balloon only to pop it, but this pup sure makes it look adorable.