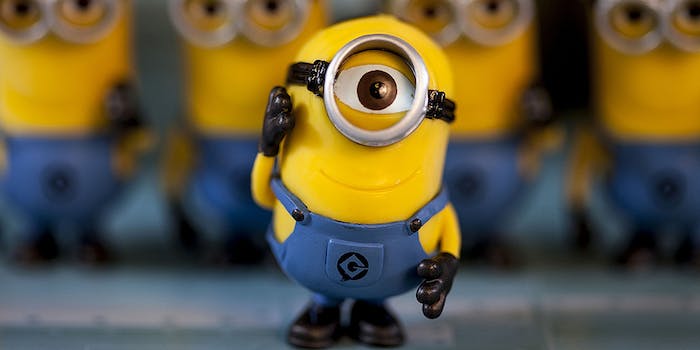 Inflatable Minion toy annoys dog as much as it annoys us

In a fight between a dog and an inflatable minion toy, who will win?

In a no-holds-barred battle between a fluffy dog and an inflatable Minion toy, who will win? Bear in mind that the dog has claws and the Minion is an inanimate object.

Surprisingly, the answer is the Minion. When this dog started trying to bat at the Minion with its paws, it didn’t realize it was a weeble toy that just keeps popping back up.

In the end, the dog suffered a tragic (and kind of hilarious) defeat. Let this be a lesson to everyone: don’t try to fight a Minion. You’ll lose, and it will be embarrassing.

Photo via Sonny Abesamis/Flickr (CC BY 2.0)