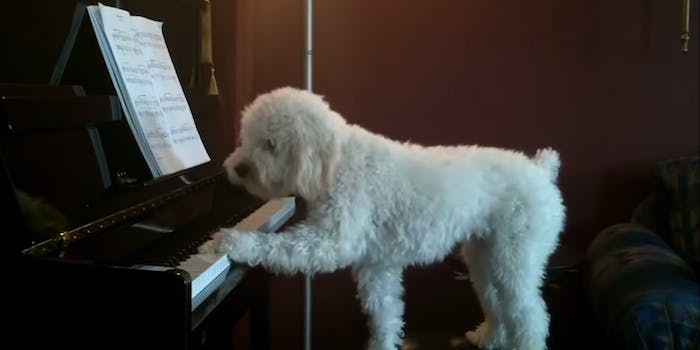 Dog sings along to its own piano playing

What beautiful music he makes.

Okay, so it isn’t exactly playing a tune. But the epic ballad soundtrack really turns this dog howling/atonal piano chord performance into something else. It’s truly magnificent—unless, you know, you require a melody you can actually sing along with.

This dog still probably plays the piano better than some humans, though.