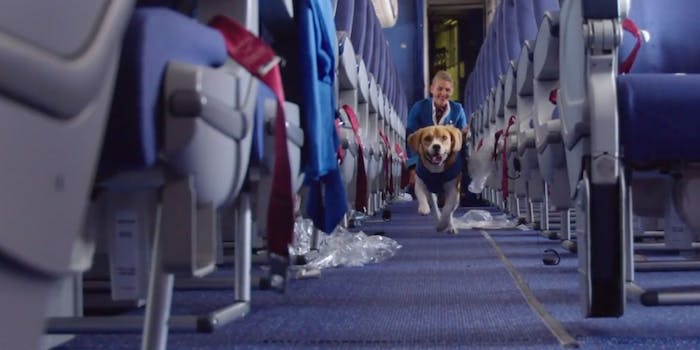 Suddenly, all I want to do is fly KLM.

Lost iPhones, forgotten headphones, misplaced soft toys—they’re all no match this intrepid beagle (although the more cynical among us might suggest the airline staff are offering a helping hand).

Sadly, I can’t see the practice catching on more widely—even the most determined Great Dane would struggle returning some larger pieces of luggage—but in the meantime, I might just start saving for a flight to Holland.