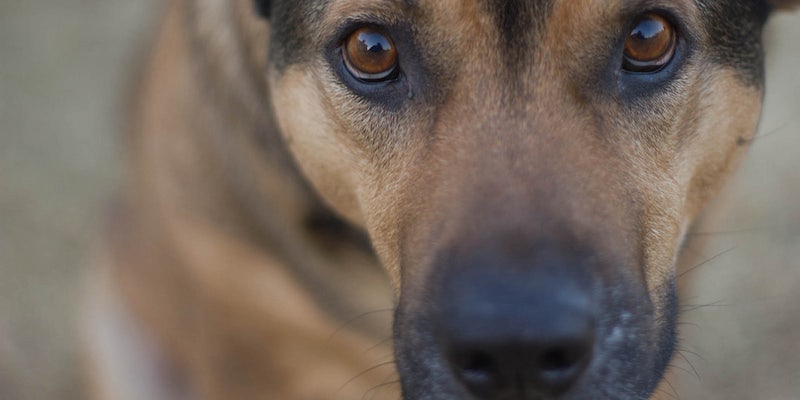 Right before committing the crime that would get her charged with felony animal cruelty, Adrienne Martin logged into Facebook.

Right before committing the crime that would get her charged with felony animal cruelty, St. Louis resident Adrienne Martin, 35, posted a number of Facebook updates.

“I’m on killa mode…#killdogs.com…today,” she reportedly wrote July 10, the day a dog was found burned to death in her area. “I mean what I say and I say what I mean #alldogsdontgoheaven.com.”

Members of the Stray Rescue of St. Louis task force pinpointed Martin as the perpetrator after discovering the Facebook post.

“MF’s is killin me about this stupid dog…keep it real…you didn’t take care nor like or love the MF…on the TV str8 lies …#laughingeveryday….stop bitch,” she wrote on July 14, apparently bragging about the deed.

Martin, the sister-in-law of the dog’s owner, claimed the dog had bitten her son on July 9.

A witness claimed he saw flames where the dog was chained to a fence, and spotted a man with a gas tank and Martin with a lighter. Martin admitted the attack when questioned, according to court documents obtained by the St. Louis Post-Dispatch.

If convicted, Martin faces a maximum of four years in jail on the felony animal abuse charge. She’s also charged with knowingly burning, also a felony in Missouri. Her bail was set at $50,000.