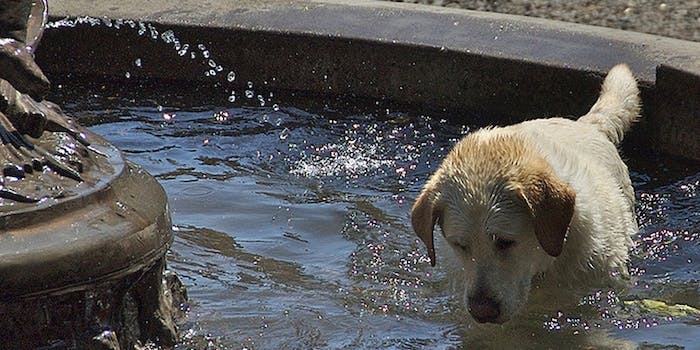 You’ll never be happier than this dog in a fountain

If a dog ever was to perform for you the definition of "happy," this dog in a fountain is the one to do it.

Dog enters a fountain. Fountain water splashes dog. Dog gets unbelievably happy. Dogs jumps along with the spraying water. Everybody is a winner.

And that’s pretty much what happens in the video below. Believe us, it’s well worth the watch, even though the video would have been made slightly better if the dude dropped the leash and let that canine roam free like the badass dog he or she is.

If only all of us could be a tenth as happy the dog in a fountain, what a wondrous world in which we would live.