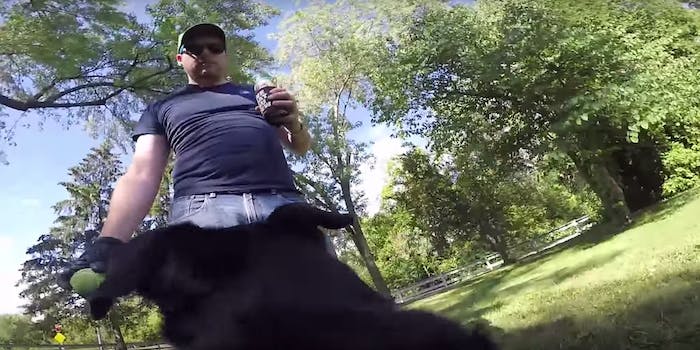 Watch a dog play fetch from the perspective of two GoPros

This video makes us want to go play in the sun.

YouTube user Robert Finch attached two of the cameras to his dog while they were playing in the yard, creating a dual view of a long game of fetch.

The sun is out, the dog is happy, and Finch selected some ideal summer music as a soundtrack to the video. It’s practically a commercial for leaving your computer and going outside in the sun.