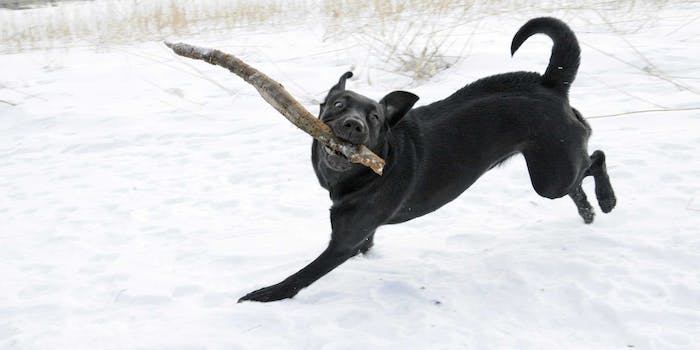 He doesn't understand what's going on, which only makes it more adorable.

You’ve got to admire Kai’s perseverance while trying to pick up the half-buried tree root. He just keeps trying and trying, despite the mounting evidence that the root is solidly attached to a tree. Maybe decide on a different stick next time?

Sorry, Kai. You keep trying to make fetch happen, but it’s just not going to happen.

Photo via Sini Merikallio/Wikimedia (CC BY 2.0)