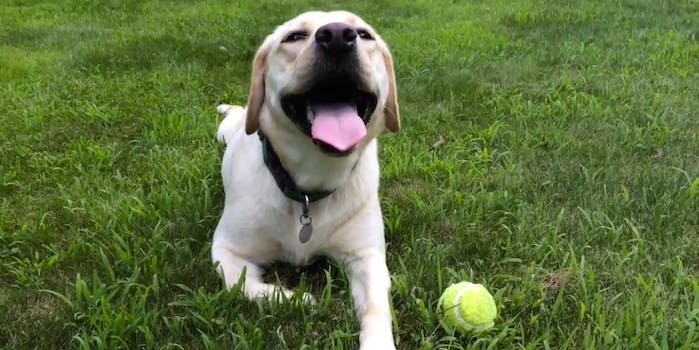 This dog hasn’t figured out how to stop

It's a dog day afternoon for this pooch.

Dogs don’t come with their own set of brakes, but one came up with an alternate solution.

Stella is excellent at stopping herself from going farther than she needs to—particularly when it comes to running around with a tennis ball in her mouth. It’s quick, super convenient, and it allows for maximum comfort and laziness. Plus, if there’s oncoming traffic from humans and other dogs, she can easily avoid any collisions.

Unless she didn’t want to stop at that spot, in which case, she just has to re-engage four-paw drive.