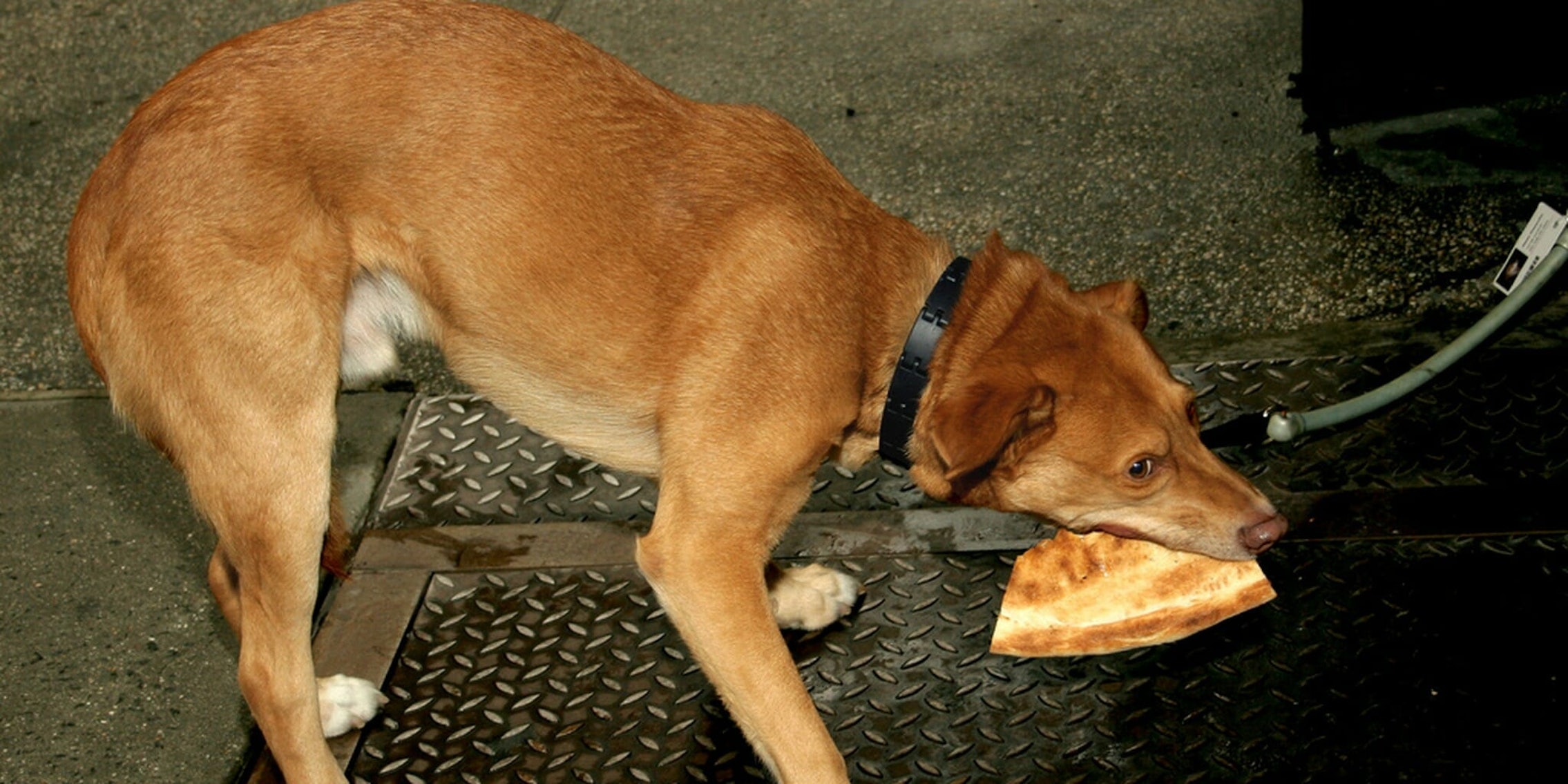 A cheesy treat caught in the crossfire.

Forget Pizza Rat—the hottest junk-food-loving animal on the scene is the dog that almost set her humans’ house ablaze while trying to grab a slice.

Brookfield, a 2-year-old black lab, tried to steal pizza from a box sitting on top of the stove while her owners were in another room. But during the grand heist, the pooch accidentally turned the burner knobs, igniting the greasy cardboard. It was all caught on tape by the home’s security camera, installed to monitor Brookfield and her fellow pups when they’re left alone.

Luckily, nobody was hurt, and the fire was put out before any real damage was done. Brookfield has not been charged with attempted arson.