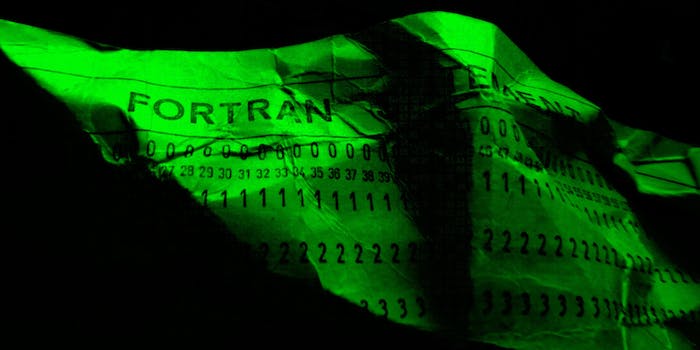 It doesn’t matter who wins the net neutrality debate

We're kind of screwed no matter who won today.

The battle over net neutrality has largely been a battle of custodial rights. As integrated as the Internet is into our culture, economy, and daily lives, it’s still a somewhat fragile, novel arena that needs careful, gentle guidance from the companies tasked with providing it and the government agencies tasked with regulating it. The problem with this is neither entity is particularly virginal or holds any innate moral high ground. Like many issues in American politics, net neutrality is centrally about who you trust more: unassailable corporate opportunists or misguided public sector bureaucrats?

The damage ISPs have done to their own reputation among the public is likely irreversible. In fact, a University of Delaware survey found 81 percent of consumers are against “allowing Internet service providers to charge some websites or streaming video services extra for faster speeds,” an opposition that no doubt is fueled by skepticism of companies like Comcast and AT&T. For more than a decade, Comcast in particular has ranked at the top of the most-hated companies in the country.

It’s a reputation that is well-earned. American ISPs are usually far outranked by services abroad, providing slower Internet at higher prices than could ever be found in cities like Seoul, Paris, or Zurich. Customer satisfaction among ISPs is lower than it is for almost any other industry. Only airlines rank lower. Even employees of Comcast have lashed at the company for not providing enough customer service training, a fact anyone who’s tried to cancel their Comcast can confirm.

It’s with this baggage that Comcast and other ISPs are demanding they be given stewardship over the Internet. The FCC has largely failed to regulate ISPs in any meaningful way and, therefore, enforcement of the proposed net neutrality rules would effectively be stripping them of their first path to profiting off the Internet more than they already do (it was recently revealed Time Warner Cable pulls an absurd 97 percent profit margin on high-speed internet).

And if the best indicator of future behavior is past behavior, the level of trust any consumer should have in ISPs is minimal. Despite promises to the contrary, Verizon and Comcast have already started throttling bandwidth toward popular streaming services like Netflix—who forked over an estimated hundreds of millions of dollars to stop Comcast. If we’re looking to find a party that won’t endanger the safety of an open Internet, it’s probably not best to go with the companies known for holding it ransom.

Of course, if this were a simple fight between good and evil, we could without fear allow the Federal Communications Commission to regulate these nasty companies and save the day. However, to many people, such an option might look like something Internet activists have feared for decades: a government takeover of the Internet.

At times, it certainly sounds that way. Earlier this month, President Barack Obama—a fervent supporter of net neutrality—called the Internet the “wild wild West” at a cybersecurity summit. While not necessarily untrue (it’s important to note his context was a conversation about hackers), the implication is the Obama administration sees the Internet as a frontier that needs wrangled and contained, not set free to flourish and innovate.

There are serious concerns about the FCC’s rules that do raise necessary questions, but it’s often hard to parse out what is a serious claim and what is knee-jerk opposition by Republicans to anything Obama supports. Senator Ted Cruz famously called net neutrality “Obamacare for the Internet” (which doesn’t really mean anything) and Senator John Thune recently claimed net neutrality could open the door to a U.N. takeover of the Internet as a whole (a claim that is just patently not true). Fox News has likewise raised an anti-net neutrality banner in the name of partisanship, dubbing the plan “Obamanet.”

However, this does not mean there aren’t real concerns with the FCC’s plan, namely how vague some of the language in the plan remains. The Electronic Frontier Foundation, likely the most ardent supporter of net neutrality around, published an open letter demanding the FCC change the language of its “general conduct” policy. In a “Fact Sheet” released by the agency, they distinctly allow themselves the authority to review any practices that could “harm” consumers.

Sounds just fine, right? Except vague laws are how firms with deep pockets manage to subvert the intentions of the law. The EFF goes on to urge the FCC to further define the definition of “harm,” noting that only large companies—like the ISPs this is meant to regulate—could afford the litigation necessary to challenge an FCC ruling precisely because of how vague this rule is.

To that point, a column recently run on the Hill wonders whether the FCC is already prepping the road to loopholes for ISPs. “Under such an inherently vague standard” as the “general conduct” rule, “the agency necessarily will be granting dispensations to some firms and not others” based on the conclusions of FCC Commissioner Tom Wheeler, a former lobbyist for companies like Comcast. Even Ajit Pai, one of the commissioner’s voting against net neutrality, called the plan “a solution that won’t work to a problem that doesn’t exist.”

As with any grab of government power, there are serious risks—especially considering this administration’s absurd disrespect for the sanctity of privacy online. Even partisan liberals proud of the Obama administration’s handling of the issue should be wary of giving this much power to future administrations that might not share their progressive views.

That said, the FCC’s flawed plan might be the best of two evils. ISPs have already betrayed the trust they could have used to argue against the regulation of their industry. But the carelessness with which they have threatened an open Internet—a factor that challenges and changes our culture and our economy—cannot go on. The FCC presents many risks and dangers, but at least in this case, it’s far better to go with the evil we don’t know than the evil we do.