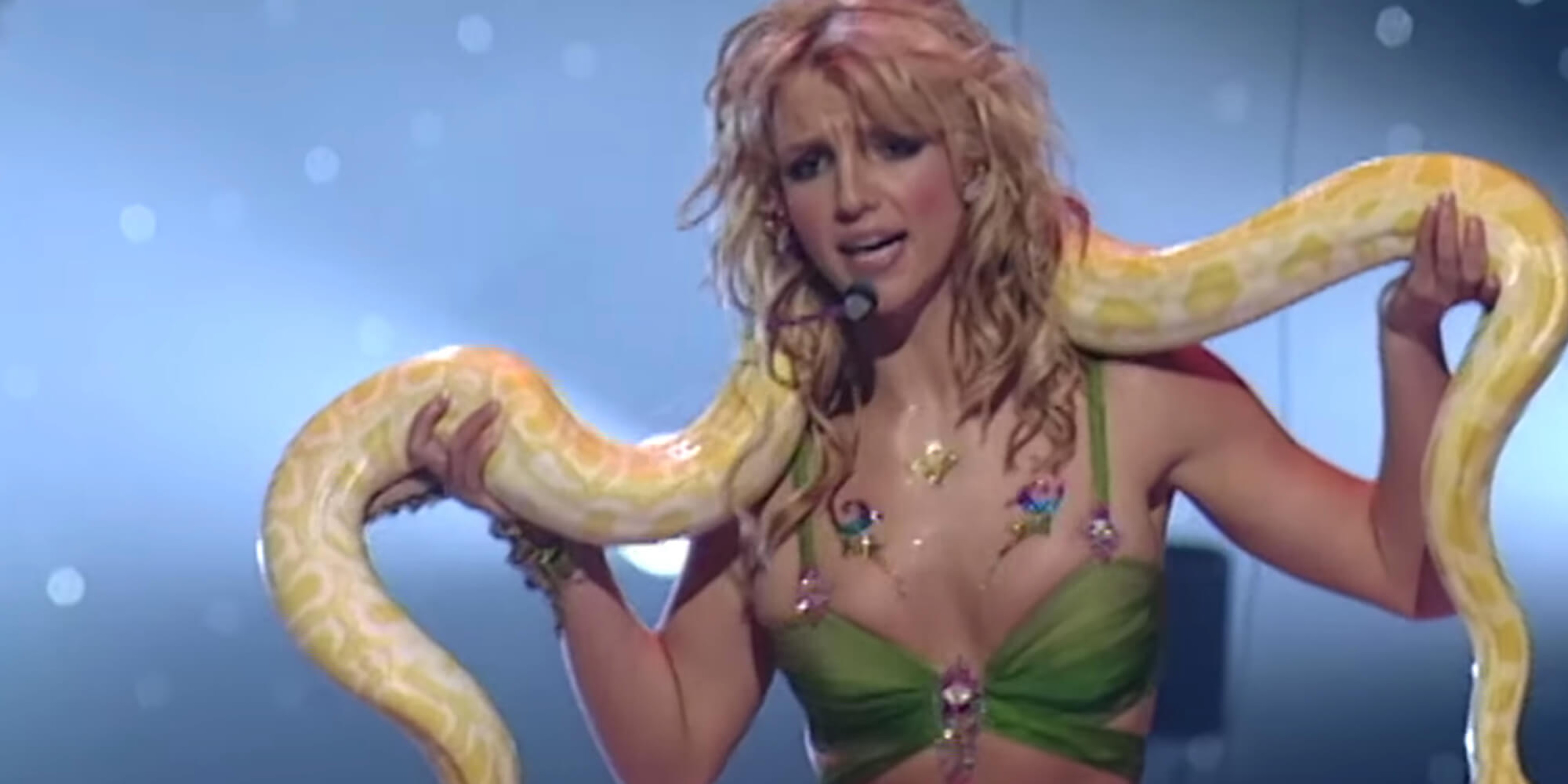 Founder and CEO of Big Cat Rescue Carole Baskin also has an unknown connection to Spears.

If you haven’t watched Tiger King yet, have you really even been in quarantine? The hit Netflix docuseries began streaming on March 20, introducing the world to a wildly eccentric—to put it as mildly as possible—cast of characters. Although one of those characters, Doc Antle (real name, Mahamayavi Bhagavan Kevin Antle), had been hiding in plain sight, so to speak, for years prior to the docuseries.

As Tiger King had established, Doc Antle—a mentor, of sorts, to the titular “Tiger King” himself, Joe Exotic—was known for loaning out his animals to Hollywood productions including The Jungle Book, Mighty Joe Young, and Ace Ventura: Pet Detective, as well as on late-night programs like The Tonight Show with Jay Leno. And, as internet sleuths have since learned, Antle also appeared in the iconic Britney Spears performance of “I’m a Slave 4 U” at the 2001 MTV Video Music Awards.

The act is arguably best-remembered by Spears carrying around an albino Burmese python on stage with her, but that moment doesn’t happen until nearly two-and-a-half minutes into the performance. But what people may not recall as clearly, is that when Spears begins she starts out locked in a cage with a live tiger. And who was there right next to her, but Doc Antle himself. Both Doc and his tiger remain behind Spears for the duration of her performance.

It didn’t take long before photos and videos from the set began circulating around on Twitter by gobsmacked Tiger King fans.

Even Zoë Kravitz had her mind blown!

As bonkers as this all is—oh, but friends, it gets even weirder. The following year at the 2002 VMAs, Spears was photographed sitting next to founder and CEO of Big Cat Rescue, Carole Baskin, who may or may not have (but almost certainly probably did, according to the internet) killed her first husband.

Britney Spears, Doc Antle, and Carole Baskin … who would have thought? (Not us!) And with authorities hoping that the popularity of Tiger King revives leads in the (still very much active) cold case into the 1997 disappearance of Jack “Don” Lewis, this probably won’t even be the strangest development before this all shakes out.