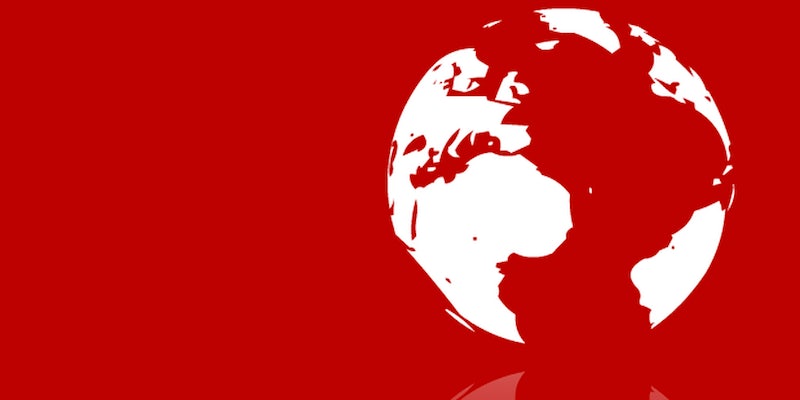 Corporations are too busy these days to sniff out copyright infringement, but sometimes bots make mistakes.

Corporations are too busy these days to sniff out copyright infringement. Many rely upon automated systems to generate Digital Millennium Copyright Act (DMCA) takedown requests. Microsoft, for example, uses LeakID, which resulted in a delightful faux pas: It tried to censor itself.

The offending links listed in the complaint direct to the official Microsoft.com, encompassing various French-language product and technical support pages. So the company was right to be suspicious: They have Microsoft in France? Microsoft offers technical support? It all sounds pretty fishy on this end. 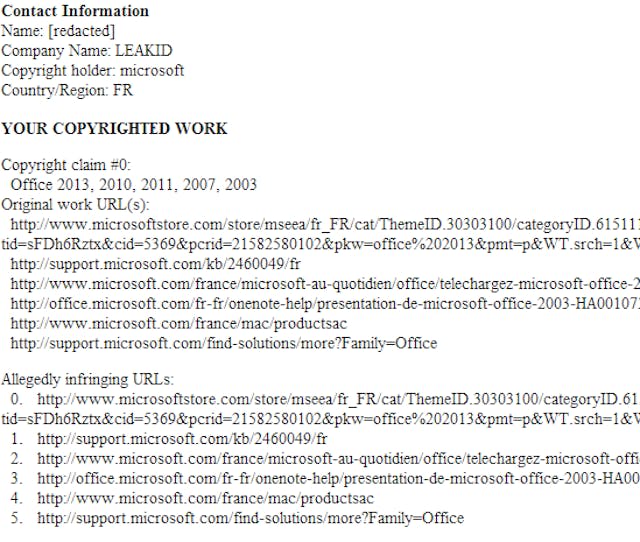 Google, however, is not so much on autopilot, and sadly did not zap the URLs. Microsoft was not forced to learn a hard lesson about outsourcing. But if they continue to use LeakID, they just might. (A similar error almost resulted in HBO taking out HBO.com in February.)

As TechDirt reported, the company that manages the vast majority of Microsoft’s DMCA business is about as reliable as a monkey with a shotgun. Among its many bizarre takedown requests (which sometimes inaccurately list LeakID as a copyright holder) was a complaint against a blogger who uploaded a 28-page PDF about chess… that he wrote himself.

The bare-bones LeakID site doesn’t offer much in the way of information; it’s littered with strange non-sentences: “Our team works daily way to the study of the means and the spread of online piracy,” the About page reads. The placeholder text that TechDirt found standing in for the company’s privacy policy is gone. Now there’s not even the pretense of such a standard. A section titled “LeakID Solutions” notes:

24/24 7 days a week, our systems provide effective detection and implementation of content protection solution just after the first leak alert … even the weekend

We working also on chinese, japan  and russian languages