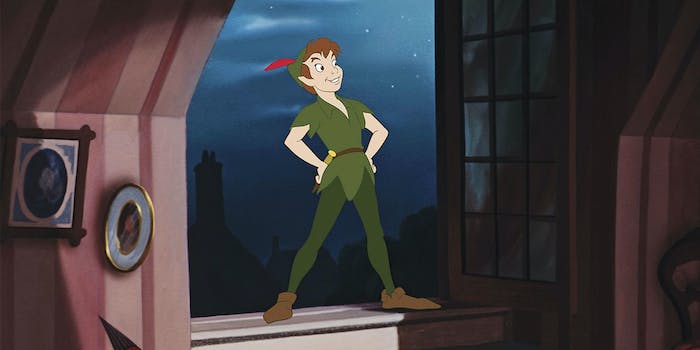 These films are still on adult Disney+ profiles.

After getting upset over Gina Carano’s firing over offensive posts on social media, Hasbro removing the “Mr.” moniker from the Potato Head brand, stopping the publication of several Dr. Seuss books with racist illustrations, content warnings placed in front of 18 episodes of The Muppet Show, and Pepé Le Pew being cut from the Space Jam sequel, some conservatives have picked their next target for outrage: decades-old Disney movies.

Back in October, Disney launched the Stories Matter initiative, which aimed to address some of Disney’s more problematic films in its library. It placed content warnings in front of several movies on Disney+ and improved upon the vague content warning that already appeared on films that featured racial stereotypes; it also explained what it meant by racial stereotypes for specific films. For example, on the site, Disney cites Peter Pan for its offensive depiction of Indigenous people, The Aristocats for featuring Asian stereotypes, and Dumbo for its homage to racist minstrel shows (including a character literally named Jim Crow).

“Rather than removing this content, we see an opportunity to spark conversation and open dialogue on history that affects us all,” the Stories Matter website states. “We also want to acknowledge that some communities have been erased or forgotten altogether, and we’re committed to giving voice to their stories as well.”

In January, Disney went a step further with Kids profiles on Disney+, which already restricts kids from accessing any movie or show that has a rating higher than G, TV-G, TV-Y, or TV-Y7/Y7-FV. It quietly pulled several titles so that they’re no longer accessible on Kids profiles. When you search for those films now, the message “Some content may be hidden due to parental controls” pops up.

The films that Disney removed from Kids profiles, which also include films like Swiss Family Robinson, the original Jungle Book, and the original Lady and the Tramp, remain available on Adult profiles with content warnings. The idea is related to the Stories Matter initiative and allows parents the opportunity to discuss the harmful elements of these films when they watch them together.

But while the decision to remove these titles from Kids profiles happened in late January, several outlets only recently appeared to notice their removal amid conservative outrage over being made to acknowledge that some older shows, books, and movies included racist imagery.

“Peter Pan is a staple in our household,” Alissa Walsh, the wife of conservative pundit Matt Walsh, wrote. “The woke have gone too far. Going to put the movie on right now and enjoy watching our kids run outside in the woods today pretending to be Peter Pan and all their friends, like Tiger Lily.”

For some people, removing the ability to watch films like Peter Pan and Dumbo from Disney+’s Kids profiles is yet another example of cancel culture or censorship. It doesn’t matter that these films are readily available to stream on Adult profiles or that one could just make an Adult profile for kids to circumvent the restrictions. It’s the idea that movies with harmful elements in them are being restricted at all and that people are being made to acknowledge the harmful depictions in these films that’s enough to draw ire from some conservatives.

Meanwhile, it’s a position that’s being mocked on social media.

“I wish Republicans cared as much about people’s access to healthcare, livable wages and the ballot box as they do about access to Dr Seuss books and Peter Pan,” Kendall Brown noted.