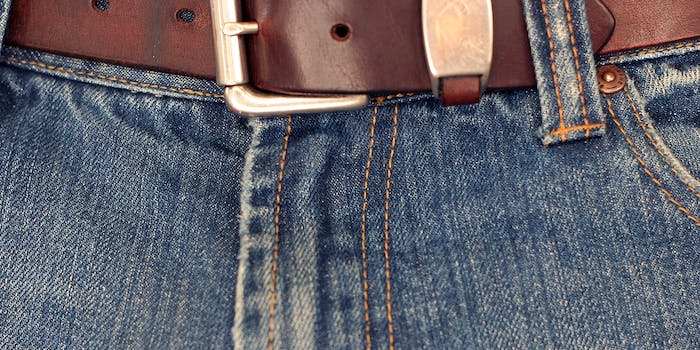 Often, Internet fame can be a flash in the pan, as overnight success doesn’t often lead to lasting recognition. But this time, almost a year after the “guy with two penises” came out out on Reddit, Rolling Stone interviewed the “Diphallic Dude” for a follow-up. His original post was so popular that it launched a Twitter and Tumblr account, and he just penned his first memoir about his experiences, Double Header: My Life With Two Penises.

In commemoration of his 12 months of taking over the Internet, the Daily Dot’s EJ Dickson and Nico Lang reflected on what his popularity means and why we’ll still be talking about him in 2016.

Nico: Remember The Elephant Man? It’s a film about John Merrick, a man whose severe facial deformity makes him into a sideshow attraction in Victorian London. It’s not just that he’s treated like a freak by the standards of 19th century society; he’s made into something to be put on display. In the film’s most famous piece of dialogue, Merrick has to demand the recognition of his own humanity. “I am not an animal!” he exclaims. “I am a human being. I am a man.” American Horror Story’s fourth season, Freakshow, also shines a light on the ways that folks with non-normative bodies are made into a sensationalized other.

What was most refreshing about the exchange between Diphallic Dude and Reddit users was just how courteous and sneakily affirming the whole conversation was. While some users hit on him, others expressed empathy, because we all know what it’s like to feel like we don’t fit in, especially in our teens. User OrangeredValkyrie sums it up best:

Teenage years: ‘I hate everything about myself. What makes me different makes me terrible and disliked.’
After teens: ‘I’m pretty okay with this stuff now.’

Despite the humblebrags about sleeping with more than 1,000 men and women, and the dick pics he triumphantly displays on his (very NSFW) Tumblr, the Diphallic Dude is clear about how much his condition has negatively impacted his life. “Teen years and high school are not made any better with an extra penis,” he told Rolling Stone. “My penises made life hell for a while.”

3) Because it makes bisexuality visible

Nico: There’s a great moment in Chris Rock’s film Top Five; after Rosario Dawson’s character sleeps with another man, she laments that she’s now dated just about everyone: men, women, Asians, and gays. Rock plays Andre Allen, the famous comedian she’s interviewing, and Allen questions her on this: “You’re allowed to go all K.D. Lang, but if he sleeps with one guy, he’s gay?” She shoots back, “Whatever, I don’t make the rules.”

Her behavior is an instance of what folks in the LGBT community call “bisexual erasure,” or the tendency to dismiss or deny the existence of those who fall outside the binary categories of straight or gay. Common stereotypes about bisexuals include the fact that bi folks are either “greedy” or “riding the fence,” waiting to pick a side. While some newly out individuals use the label while they work on feeling more comfortable with their gay or lesbian identity, studies have shown that’s far from the norm. According to research from the American Psychological Association, 92 percent of surveyed individuals who identified outside the binary still did so ten years later.

As CDC research shows that 6 percent of men and 13 percent of women have had same-sex partners over the course of their lifetime, this is a huge section of the population to dismiss. Folks like Diphallic Dude, who has both a boyfriend and a girlfriend, help remind others not only that non-binary sexualities exist but as a way to talk about the lived experiences of bisexuality. While bisexual people make up 40 percent of the LGBT community, just 28 percent are out to their friends and loved ones. The more bi people openly discuss their lives—including their sex lives—the more we can make it OK for others to be honest, too.

EJ: Wanna get really depressed about the state of sex education in the 21st century? Search for the question “Is my penis/vagina normal?” on Yahoo Answers, and you’ll be awash in a sea of shame, ignorance, and bodily insecurity. While some of people’s concerns about their genitalia are legitimate—this guy complaining about his penis head turning green, for instance, should probably seek medical attention—what’s most shocking is that the vast majority are totally unfounded. Questions about whether vaginal discharge and precum are normal (they are) reflect how little we know about our own bodies.

Aside from online porn—which can be problematic as a sex educational resource, to say the least—we don’t have much of a basis of comparison for gauging how “normal” our genitalia is. The only way to determine that is to take your pants off during your next one-night stand, and hope they don’t run away screaming. If nothing else, Diphallic Dude serves a crucial function: As a reference point for the Internet to determine how “normal” their anatomy is.

As proven by the Three-Boobed Girl or the Girl With Two Vaginas, or even their Internet antecedents, Goatse and the Blue Waffle, we’re obsessed with bizarre variations in human anatomy, even when they turn out not to be legitimate—not just because of their obvious shock factor, but because they serve as a point of comparison to prove just how average our junk really is. The same goes for Diphallic Dude. “Think your dick isn’t big enough, or your vagina’s not tight enough?” he seems to be saying. “Well, don’t worry—at least you don’t have two of ‘em.”

Nico: When Diphallic’s very NSFW photos (which you can find on Reddit) initially hit the Internet, I pessimistically expected folks on my Facebook feed to respond with cries of “Eww!” and “Yuck!” However, most of my friends admitted to being pretty turned on by it—a fellow writer for this site, who shall remain nameless, said he was pulling out a fan to cool himself down. And as EJ mentioned, the man has had a considerable number of sexual partners, most of whom (presumably) thought it was sexy as well.

While it might shock no one that the Internet was turned on—or at least a little curious—about a man packing more than one love gun, I think it actually sends a good message to everyone. When it comes to what’s sexy or attractive, there’s no such thing as normal or average. What you might feel is unusual—or a source of shame—is likely to be embraced or fawned over by at least one corner of humanity. And if you’re Diphallic Dude, hell, it might even get you a book deal.

Photo via SuperFantastic/Flickr (CC BY 2.0)