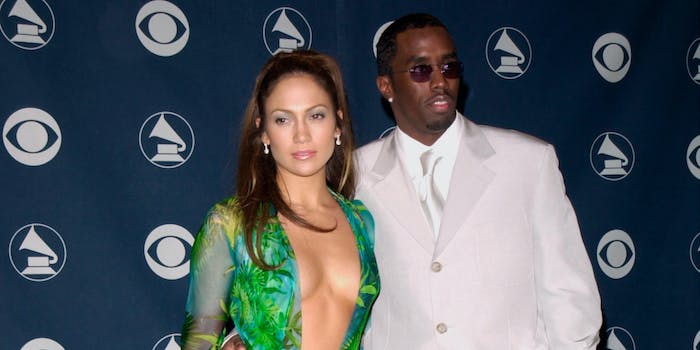 As Jennifer Lopez and Ben Affleck continue to unofficially announce their conscious re-coupling to the world, one of Lopez’s exes stepped in with the pettiest of #TBTs.

On Thursday, Diddy posted a throwback photo of him and Lopez holding hands, simply captioned “#tbt.”

The two dated from 1999 to 2001, and have apparently stayed friendly: She joined in Diddy’s Instagram Live charity dance event last April. Diddy was linked with 50 Cent’s ex Daphne Joy just last month, and a lot of people called him out for posting cringe. There were also quite a few reminders of a pivotal moment in their relationship: When Diddy (then Puff Daddy) and Lopez were arrested in December 1999, after a shooting at an NYC club.

Diddy brought this same messy energy in 2013 when he changed the date of his birthday because he was too tired.

Lopez has not responded yet.