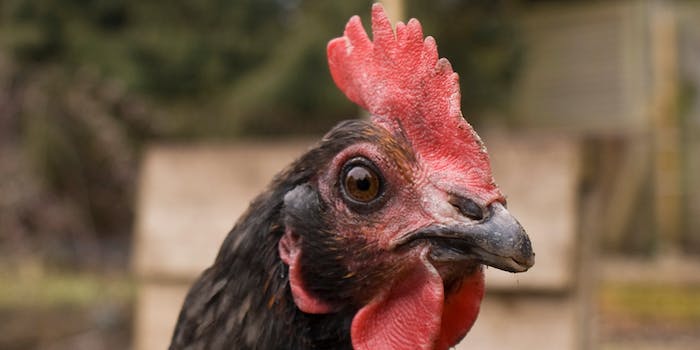 A Redditor has posted a picture of a chicken finger made at the restaurant where he works, and boy does it look like a dick.

Obviously, in the age of the Internet, there’s always gonna be pictures of stuff that looks like dicks, so perhaps you’re thinking one more doesn’t really bear commenting on. 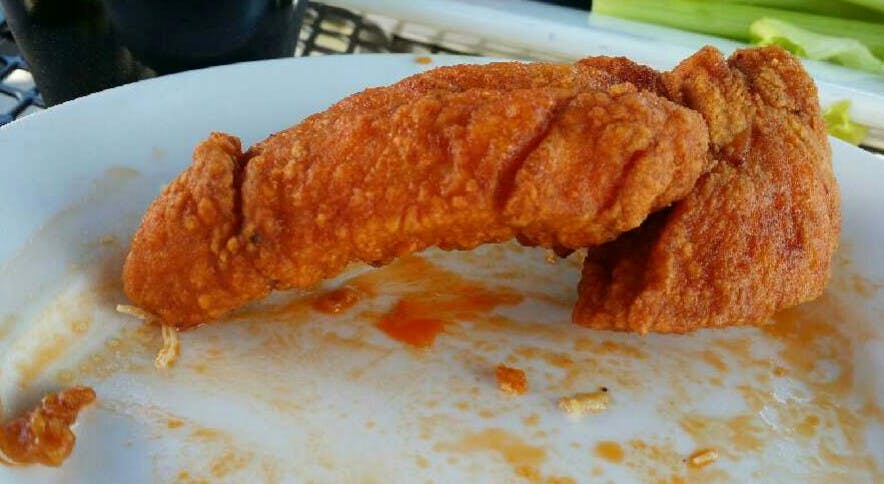 Yeah, we’re not gonna waste your time with some chicken finger that kinda looks like a dick. Let’s be honest: This piece of chicken looks more like a dick than some dicks do. 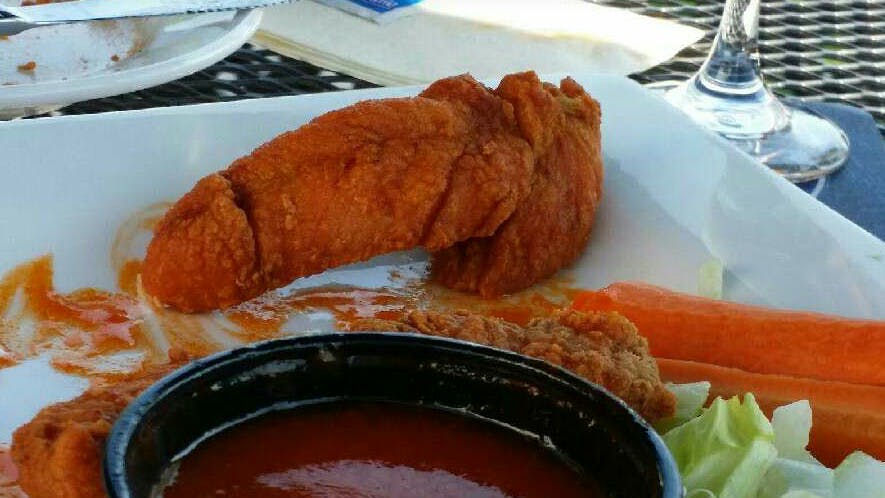 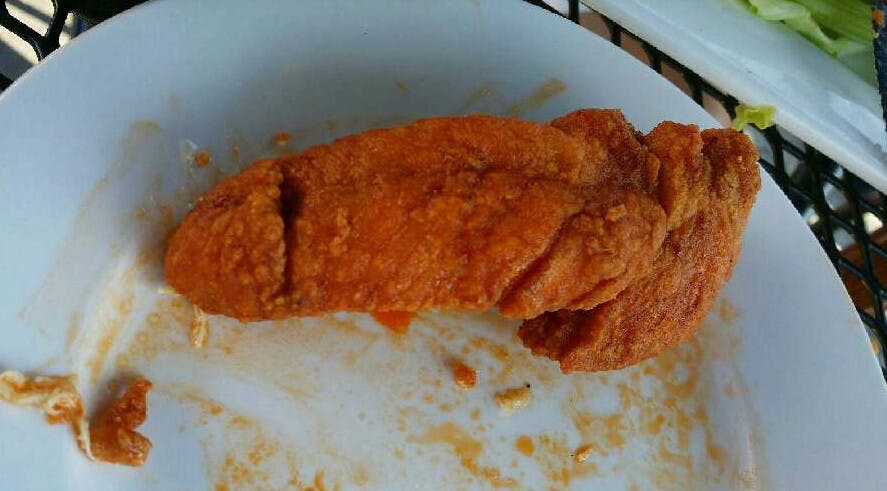 The Redditor who posted the pictures (probably wisely) chose not to mention the name of the restaurant where he’s employed, but according to his story, he and his co-workers didn’t notice the thing when they sent it out to the table.

“Donny” claims the woman who received it was “amused” but still declined to eat the thing.  It was sent back to the kitchen, where it was photographed, nicknamed the “Buffalo Dicken Finger,” and thrown away.