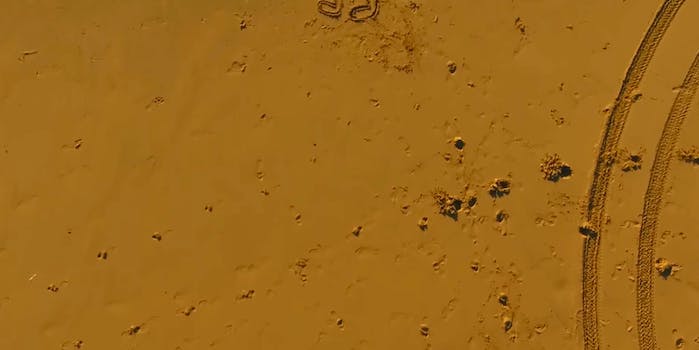 You won't see this coming.

You never know what you’re going to discover with a drone.

Unmanned aerial vehicles have the ability to reach places otherwise not possible or to provide remarkable new angles on things we may have seen thousands of times before.

This video, a sweeping aerial look at Newport Beach in California set to pensive piano music, for example, is not quite what it seems. You’ll need to watch all the way to the end for the shocking discovery.

If you’re somehow not familiar with that image, it’s known as the Dick Butt, and it was created in 2007 by comic artist K.C. Green (the same guy behind 2016’s “This is fine”) for his series Horribleville. The meme has gone through several iterations since its peak in 2014, but its subreddit still sees new posts regularly. It’s always good for a cheap laugh when you least suspect it.