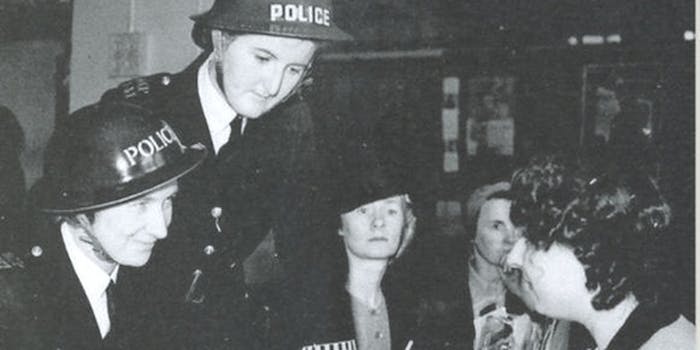 Let’s say you’re a female cop in Detroit. Now imagine your boss accidentally emails your bra size to all your fellow officers.

Let’s say you’re a female cop in Detroit. Your job is already hard. You put up with jerky bro-cops all day and try to demand respect. You apprehend crackheads. You deal with endless people thinking you’re either a Lil Wayne fantasy or a lesbian.

Now imagine your boss accidentally emails your bra size to all your fellow officers. Yeah. Not going to make things better. In fact, going to cause you to get sexually harassed at your job for months.

The thoughtless fumble occurred when a commanding officer in Detroit, Dwayne Love, was told to alert all officers that their custom-fit bulletproof vests were available to be picked up. What he did was to accidentally forward an Excel attachment with the measurements of all Detroit Police officers, including the women’s weights and bra cup sizes, which need to be measured to fit them for the bulletproof vests.

Assistant Chief James White told Fox News Detroit that the email was a “clerical error.” He did not realize the women’s measurements were attached. White said it was an “embarrassing” mistake.

“Once we complete our investigation, there will be corrective action,” he said.

Fox Detroit said it received information that female officers were being harassed by male officers about their bodies, and have filed at least two formal grievances with the union and one with the EOC. White told Fox on Thursday that he and another chief plan to meet with the female officers to apologize and assure them that it will never happen again.

The damage and violation, though, is already done.