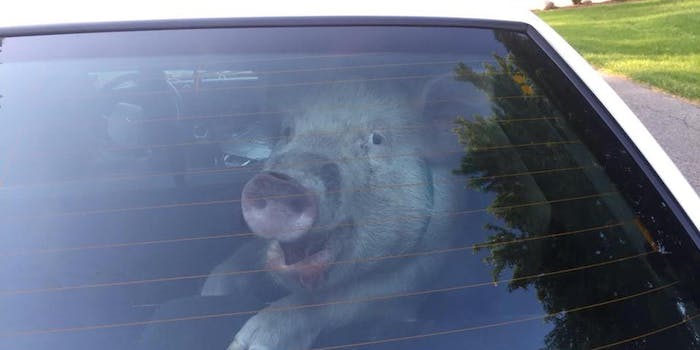 This guy is a complete ham. 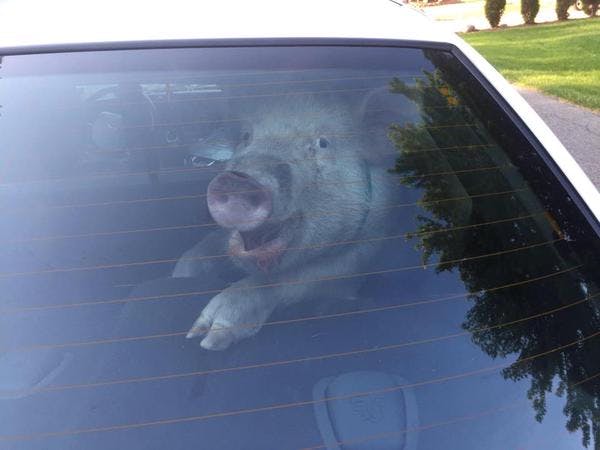 7 Action News reports that Shelby Township Police Department responded to a call to pick up the snouted criminal. Debbie DeRiemaecker had been doing some yard work when the pig started charging at her, and was only able to dial 911 after it got distracted by a decorative ball.

A cop showed up soon after to pick up the delinquent livestock. But before it could be returned to its owner, the pig made itself quite comfortable in the back of the squad car—by which we mean it took a massive shit. 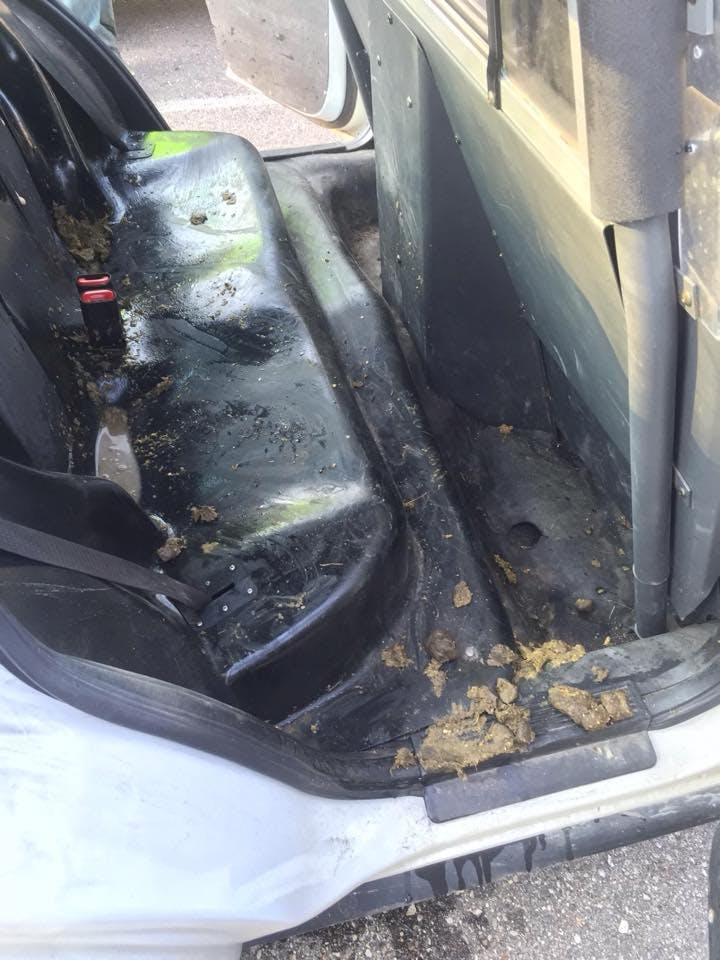 Another officer posted the photos to the department’s Facebook page Thursday night, writing: “I don’t have the full story yet, but one of the guys on the road just sent me this…..one in custody. Can’t wait to hear all about THIS caper. (Owner did call and apparently piggy has been returned home.)”

It’s good to know that we can always count on the Shelby police to bring home the bacon.