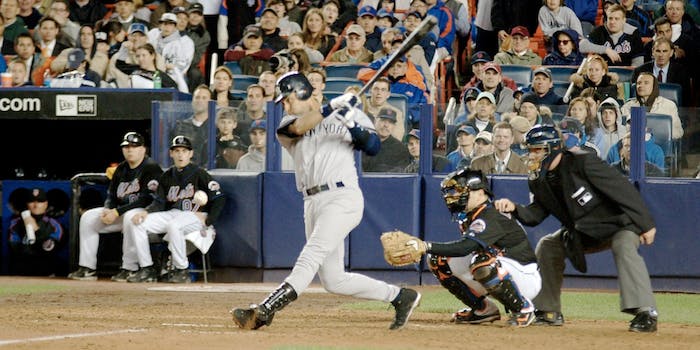 The Yankees great chose Facebook for the big news.

Derek Jeter, New York Yankees Great and “Classiest Act in Baseball, will retire after the 2014 season.

In Facebook post published Wednesday afternoon, the 13-time All Star shortstop thanked his fans for their support during his long, illustrious career, and said that his recent bout of injuries has compelled him to hang up the glove.

He also gave a shortlist of his favorite accomplishments, like winning the World Series as a rookie, and even playing shortstop for the Yankees in the first place, his childhood goal.

The post was oddly hard to read: for some reason, Jeter published a screengrab of his announcement, meaning you have to squint to see his details.

But his message was one of both gratitude and satisfaction,a bland, Facebook version of Lou Gehrig’s “Luckiest Man on the Face of the Earth” speech: “I will remember it all: the cheers, the boos, every win, every loss, all the plane trips, the bus rides, the clubhouses, the walks through the tunnel and every drive to and from the Bronx.”