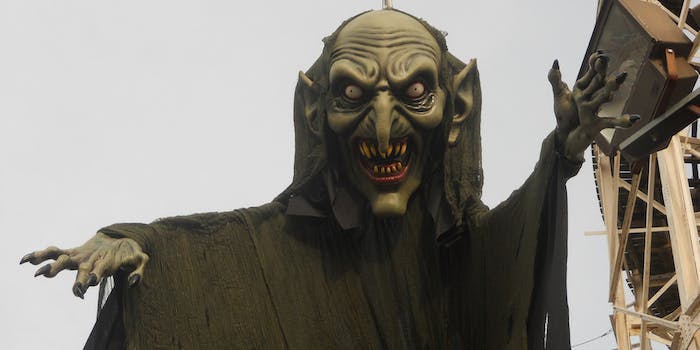 Facebook used a demon vagina tattoo as a CAPTCHA

For security reasons, of course.

This post contains sexually explicit material and may be NSFW.

In a test to establish whether a user was actually a human and not a bot, Facebook whipped out a cute pic of a demonic vagina tattoo. All in a day’s work for a social network that wants to keep profiles from being hacked.

Completely Automated Public Turing test to tell Computers and Humans Apart, or CAPTCHA, has helped rid the Internet of bots spreading evil gospel about earning thousands of dollars online or grossly enhancing your dick size. Everyone with Internet access knows the drill—you type in a bunch of characters that look like they were drawn in WordArt.

But for Facebook, the security check is a little different. The Register reports that a man by the name of Mike was asked to point out the photos of butterflies contained in a grid of images. 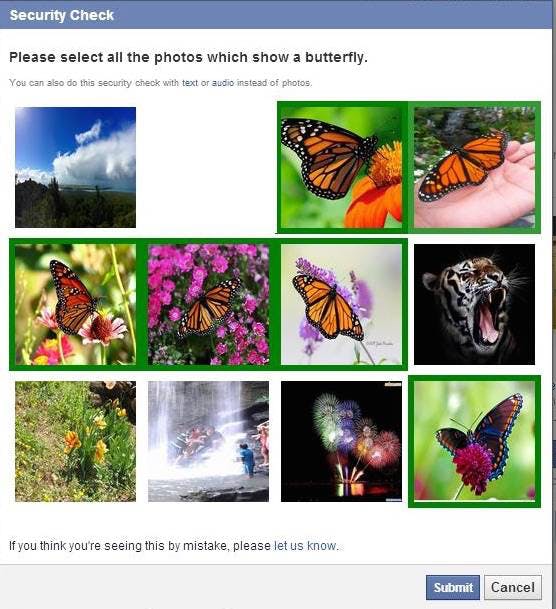 Among the photos that didn’t belong in the insect gang were fireworks, a snarling tiger, and—where you see that white space—a pussy that looks like Balthazar (click here to see it, though you may wind up possessed).

Here’s a list of things other than a demonic tattooed vagina that Facebook could have used to help check if Mike was a human:

The Register asked Facebook about the CAPTCHA cooch and, surprisingly, got a reply:

We sometimes use visual CAPTCHAs to help people validate their activity on Facebook more easily than text versions, and we use a set of filters to help remove objectionable images from appearing. One of those images mistakenly appeared in this case, and we quickly removed it once we became aware. We’re sorry this image appeared, and we’re revisiting the image categories for this feature to help ensure that the selections are consistent with our policies.

Too little, too late for Mike—he’ll be haunted by the malevolent being for life.

H/T The Register | Photo via Flickr/emilyrides (CC BY 2.0)