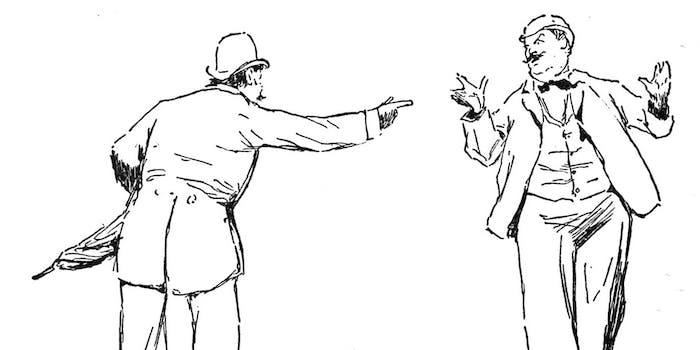 In defense of being opinionated

Writers tend to be argumentative creatures (it’s part of our personality type), and consequently, some of my most memorable debates have been with others in my field. Such was the case a couple months ago when I had this exchange with a fellow writer who insisted, somewhat confrontationally, that people our age should not be writing op-eds.

My friend: “I think for some reason our generation thinks the world cares about our opinions. They don’t. I think it’s tremendously self-entitled. I don’t care about anyone’s opinion unless they have significant first-hand knowledge of something, or they’ve been reporting for about 30 years. Real reporting.”

There are plenty of people throughout the world who share that fundamental opinion—to wit, that it is entitled to believe the world should and/or does care about your opinion, that it is absurd to take anyone’s opinion seriously unless they have first-hand knowledge or are a hardened journalistic veteran, and that when it comes to caring about our every inane thought and opinion, millennials are particularly egregious offenders.

As someone who has makes his living writing op-eds on the Internet, this story hits home in more ways than one. Here’s just a few thoughts on why everyone’s opinion matters.

First, I must stress one point: Saying that everyone’s opinion matters is not the same as saying that everyone’s opinion is valid. There are plenty of asinine ideas out there, and no one should hesitate in calling them out as such. That said, our society isn’t capable of differentiating between bad ideas and good ones unless we have a free marketplace for speech. Without allowing every voice to be heard, we always run the risk that an idea we might otherwise dismiss as rubbish actually has great merit, or vice versa.

Having dispensed with that possible misconception, it is time to hit upon the nut of why our generation’s opinionated nature is so valuable. For one thing, at a time when the economy has financially disempowered American millennials to a degree not seen since the Great Depression, it is essential that we recognize the difference between not being well-traveled and not being well-informed. It costs a great deal of money to go everywhere and see everything, resources that most millennials do not have at their disposal. While this in its own right doesn’t mean that the average schlub’s opinion is worth hearing—after all, the fact that someone is ill-informed through no fault of their own doesn’t make them any less ill-informed—it does require us to take into account that there are many intelligent individuals whose thoughts should be heard who, for practical reasons, won’t be able to provide on-the-scene analysis.

Thanks to the Internet (and other electronic media), however, this obstacle doesn’t have to be debilitating. In the digital era, virtually anyone can perform the research and acquire the factual basis necessary to offer meaningful commentary on any number of issues. In this regard, as in so many others, cyberspace serves as a great equalizer. Indeed, it could be something more: Just as the scholar slaving over books in a library has a perspective that the explorer or archaeologist lacks, so that any student in a literal field worth his salt would never disclaim the importance of his counterpart in a study, so too do we need the perspective of the men or women who live an ordinary lives but can come to extraordinary conclusions through dint of education and hard work.

In the digital era, virtually anyone can perform the research and acquire the factual basis necessary to offer meaningful commentary on any number of issues.

It’s also important to remember that our generation is hardly the first to be opinionated. Since the days when ordinary ancient Romans carved graffiti on the walls of Pompeii or colonial Americans passed out polemical pamphlets with talk of revolution against the British Empire, people have been of the unalterable perception that their point-of-view matters. What makes millennials different from their forebears is, again, the Internet: While it hasn’t fundamentally altered our instinctive belief that our views on affairs external to ourselves are important, it has exacerbated this condition by providing everyone with an easily accessible outlet for self-expression.

More significantly, it has allowed voices that might have otherwise been silenced to change the world. Had it not been for the Internet, it’s entirely possible that Barack Obama never would have won the Democratic presidential nomination in 2008 and be governing America right now (whether this is a good thing or not depends entirely on your world view). The various social justice movements that have sprung up online have made waves in feminism, LGBT rights, marijuana legalization, and a host of other grassroots movements that have been gestating for years but needed that cyber-push to make them politically relevant.

Indeed, the Arab Spring revolutions that have swept through the Middle East have almost entirely been the product of Internet activism, and their long-term impact on our world may wind up being greater than all of the aforementioned American political phenomena combined.

If freedom of speech is taken away, then dumb and silent we may be led, like sheep to the slaughter.

That was George Washington, a man who needs no introduction, and his quote is more germane than one might think. Although he was referring to the importance of politically guaranteed free speech as a bulwark against possible tyranny, I’d argue that cultural deference to self-proclaimed experts is simply another route to being “dumb and silent” that “we may be led, like sheep to the slaughter.” A life merely observed is hardly worth living at all, so naturally everyone should be encouraged to throw in their two cents. This is the case to be made for the producers of free speech; as for the consumers, I simply rest with the observation that in a true meritocracy, the quality of the words, research, and logic should always surpass any other variable.