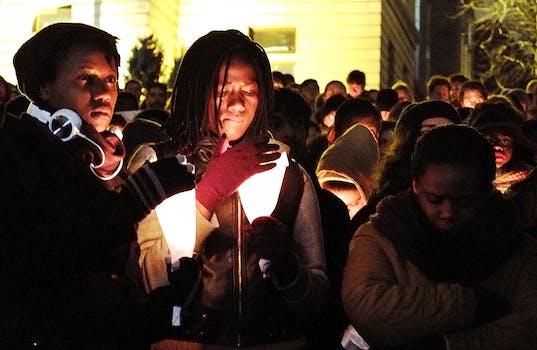 In defense of the Ferguson rioters

When you can't get racial justice in court, it's time to take to the streets.

In Ferguson, the streets are on fire, and so are the media as they follow rioters through clouds of tear gas and across lines of National Guard troops. Months after the death of Michael Brown at the hands of Officer Darren Wilson, the people of Ferguson have yet to see justice;

But the unrest is bigger than either Wilson or Brown. Here are the nationwide issues underlying the Ferguson riots.

1) We need to fight the overgrowth of our prison system.

We can start with the excessive use of force displayed against the Ferguson protesters. From liberal media outlets like the Huffington Post to conservative pundits like Rand Paul discussing the militarization of our police to Governor Jay Nixon’s decision to use the National Guard instead of ordinary police, the message is the same: Citizens who protest their government’s actions are too often viewed as enemies.

As of this year, America has more than 1.5 million people incarcerated in prisons throughout the country. Although the U.S. only has 5 percent of the world’s population, we hold 25 percent of its prisoners. As the Prison Policy Initiative explains, there is an undeniable racial bias in the demographics of who winds up behind bars:

Racial disparities continue to constitute the defining characteristic of the prison system. For example, 3 percent of black males of all ages are currently incarcerated in state or federal prisons. This is a rate six times higher than white males.

As of 2008, African-Americans and Hispanics comprised 58 percent of the total prison population despite making up only 25 percent of the American population. As the NAACP states in its Criminal Justice Fact Sheet: “[If] African-Americans and Hispanics were incarcerated at the same rates of whites, today’s prison and jail populations would decline by approximately 50 percent.” Racial minorities are more likely to go to prison than whites, receive harsher penalties for the same crimes as whites, and are being incarcerated at an unprecedented scale today.

2)  There is a racial double-standard in who gets labeled as a “rioter”—as well as a misunderstanding of why political riots occur at all.

As CNN observed in a piece about Pumpkin Fest riots last month, the comparisons being made at the time between the whites throwing beer bottles and destroying property in New Hampshire and the demonstrators in Ferguson, Mo., were grossly unfair—to the Ferguson protesters. “It demeans Ferguson and St. Louis to compare them to Pumpkin Fest,” said Donna Murch, associated professor of history at Rutgers University, an interview with CNN. “While the use of tear gas reflects how normative these militarized population control measures have become, Ferguson is a political movement, and looting (in Keene) is quite different from the civil disobedience we’re seeing in Ferguson.” New York Magazine went a step further and collected various examples posted on Twitter of white people rioting for reasons far less valid than political injustices, from sports to disco.

Perhaps the best way of explaining the importance of the Ferguson riot is to review a conversation on Democracy Now! shortly after the grand jury decided not to indict Darren Wilson. It began when host Amy Goodman shared a famous quote from Martin Luther King (one that has been circulating online all week) that “a riot is the language of the unheard.” As the Reverend Osagyefo Sekou explained in response to this, the riot in Ferguson came about precisely because the failure to indict Darren Wilson demonstrated the depth of anger felt by African-Americans whose problems were being ignored.

In other words, while rioting should always be avoided, there is a considerable difference between white people rioting over pumpkin spice and athletic events and African-Americans rioting because police officers murder their young men with impunity.

3) Racial profiling is a proven fact.

As the ACLU writes on its page dedicated to racial profiling, racial profiling “occurs every day, in cities and towns across the country, when law enforcement and private security target people of color for humiliating and often frightening detentions, interrogations, and searches without evidence of criminal activity and based on perceived race, ethnicity, national origin or religion.”

“What’s striking is just how constant these attitudes have been,” observed Carroll Doherty from the Pew Research center in an interview with the New York Times. “I have literally lost count the number of times I have been stopped by police, but I remember the first time one drew his gun and pointed it at me,” recalled  LZ Granderson of CNN as he summarized his own experiences with racial profiling. “I was 12, walking home from the store with a gallon of milk. He said I looked like someone they were looking for. I’ve looked like that person ever since.”

It should come as no surprise that the U.S. Department of Labor’s Bureau of of Justice Statistics reported in 2005 (the most recent year with available data) that “black drivers (4.5 percent) were twice as likely as white drivers (2.1 percent) to be arrested during a traffic stop, while Hispanic drivers (65 percent) were more likely than white (56.2 percent) or black (55.8 percent) drivers to receive a ticket.” In Ferguson, these statistics are even more stark. According to the Vehicle Stop Report released for the community last year, black drivers accounted for 93 percent of the road-based arrests in the city even though contraband was only found on one-fifth of the black targets—as compared to one-third of the white ones. The New York Times reported that African-Americans nationwide are four times more likely to be arrested for drug possession than whites, even though they are no more likely (and may even be less so) to actually use illicit substances. As former Attorney General Eric Holder explained, half of black men will have been arrested before the age of 23 and are six times more likely to be incarcerated for a given crime than whites.

4) We still blame the victim.

When hearing about the Michael Brown shooting, one is struck with the proliferation of sources which describe Wilson as the aggressor—Dorian Johnson (Michael Brown’s friend who was present at the time), Philip Walker, Michael Brady, Piaget Crenshaw and Tiffany Mitchell (who lived nearby and witnessed the shooting), a group of local construction workers. Even though other eyewitnesses contradicted their accounts, at the very least the presence of so many unrelated individuals who insist that Brown was shot after surrendering is sufficient cause for pausing before immediately assuming Brown was the aggressor in this scenario (to say nothing of sufficient cause for indicting Officer Darren Wilson).

At the same time, as the National Journal reported, both mainstream media outlets and Internet users have popularized visual content that makes Brown seem like a thug, focused on the footage of Brown stealing cigars (even though theft isn’t a capital offense), or drew attention to the fact that there was marijuana in his system when he was shot (even though the drug isn’t linked to violence). “Obama doesn’t need to worry about putting a ‘thumb on the scales,’” concluded Emma Roller. “Other public officials and public voices have already done that work for him.”

5) Police officers have a long history of shooting racial minorities.

Seven years ago, ColorLines and the Chicago Reporter conducted a joint investigation of fatal police shootings that had occurred in ten major cities throughout America from 2000 to 2007. It found that there was a disproportionately higher number of African-American victims in every single city. “We need not look for individual racists to say that we have a culture of policing that is really rubbing salt into longstanding racial wounds,” NAACP president Cornell Williams Brooks told Mother Jones. “It’s a culture in which people suspected of minor crimes are met with ‘overwhelmingly major, often lethal, use of force.” The authors of the study also noted that “about 9,500 people nationally were killed by police during the years 1980 to 2005—an average of nearly one fatal shooting per day.”

USA Today recently covered an even more sobering statistic—namely, that there were an average of 96 cases of a white police officer killing a black person each year between 2006 and 2012. Although these incidents were labeled “justifiable homicides,” they still leave us with the unsettling reality that an average of eight African-Americans are shot every month by white cops—an average of one less than every four days.

It must be emphasized that the point of this article is not to justify acts of violence, whether they’re perpetrated by looters or a white police officer against a black teenager. That said, if we want to have a truly honest discussion about violence, it’s necessary to start by identifying the root causes. In the case of the outrage in Ferguson, this requires us to accept that we cannot sit silently as an American community with millions of people continues to be oppressed and expect them to simply take it.

Photo via Garry Lauzon/Flickr (CC BY 2.0)