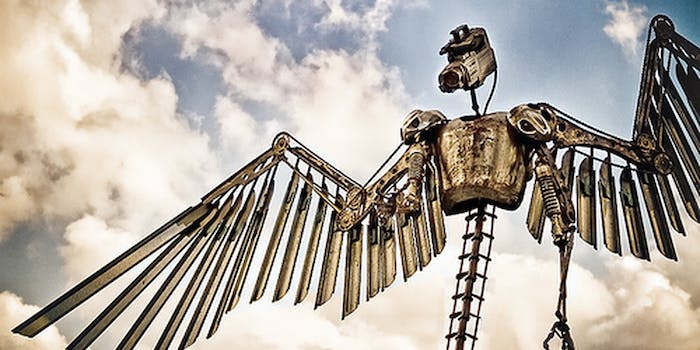 What happens to your YouTube videos when you die?

Unlike Facebook, YouTube doesn't provide a way for families to preserve the accounts of their deceased loved ones.

It used to be that your social media presence was a de facto memorial online after your passing, but on YouTube, that digital cemetery space might not be as secure as previously thought.

Not everything lives forever on the Internet, apparently.

Facebook, which the Daily Dot speculated last November would one day be the first “mass e-grave,” has a system set up where family can “memorialize” a deceased person’s profile. The pictures and status updates made by the loved ones while they were alive remain on the site undisturbed.

YouTube, however, does not have a comparable system, or any way to mark or save videos uploaded by deceased loved ones. In fact, YouTube recently went on a “purging” spree where the company literally deleted all the “dead” accounts on the site. (This months long purging process had unintended consequences in the form of site bugs, too.) While no one has yet to step forward to report missing or deleted videos of a dead loved one, it’s only a matter of time before it happens.

It’s hard to blame YouTube for trying to trim its size: the latest statistics have 72 hours of video being uploaded to the site every minute.

YouTube has deleted videos before, even videos important to the community at large. Video game commentating duo Dire Boris, the same team who made the first big video complaining about the “reply girls” (which subsequently moved the YouTube community to protest), had all their videos deleted against their will in March.

If it can happen to YouTubers still living and making videos, it could easily happen to a “dead account.”

There are currently two well-known now-deceased teens whose YouTube videos live on.

Ben Breedlove, who died December 2011 from heart disease after collecting millions of views on dozens of videos and inspiring national press with his tearful notecard videos, has been inactive on some channels for over 11 months making him a “dead sub.” While there is no special designation of Breedlove’s accounts being memorial pages, YouTubers are treating them as such.

“Ben, I love you!! :( It’s been hard for me without you here.. I think about you all the time. Sometimes, I just like watching you and hearing your sweet voice. Your death is breaking my heart. I miss you angel. I hope you are﻿ having fun with God. <3 I love you sooo much. I’ll never forget you. You are always in my heart.” user 246103246 wrote recently on Breedlove’s video, “About Me.”

In a case just last month, 17-year-old Shaun Wilson-Miller died and also left behind tear-jerking videos that yielded global press and cameos on TV shows before Wilson-Miller succumbed to his heart condition.

YouTubers who learned of Wilson-Miller’s few videos through the mainstream press or through the video’s viral status are also treating the pages as digital memorials.

“Shaun said more in 2:54 than most say during their entire lifetime, he will﻿ remain a tribute to humanity forever….” AMStationEngineer wrote in a comment at press time.

It is unclear if YouTube will ever implement a similar system to Facebook’s, despite the need for it. YouTube did not respond to multiple requests for comment.