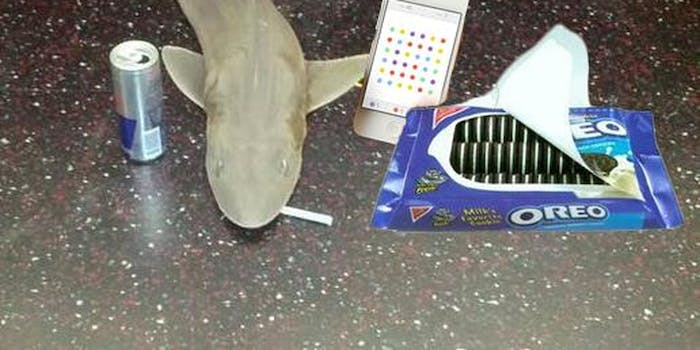 Twitter dresses up a dead shark on the NYC subway

Like a Woody Allen line in the flesh, the collective weariness and aggravation of New York City’s workforce appeared on the Queens-bound N train in the form of a tiny dead shark early Wednesday morning. 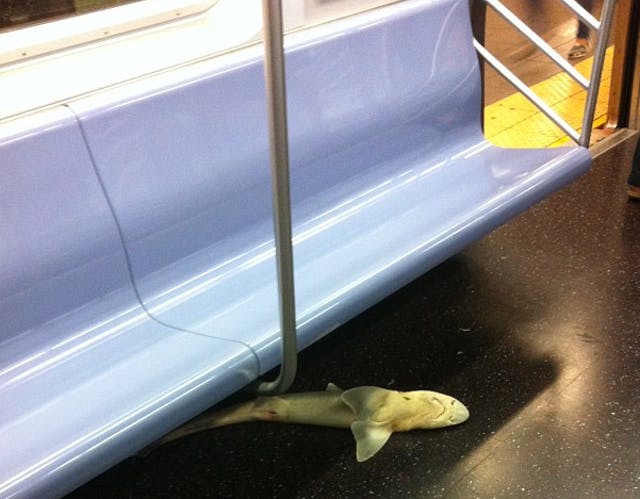 Naturally, MTA riders did what anyone in their right mind would: give it little props and pose with it. 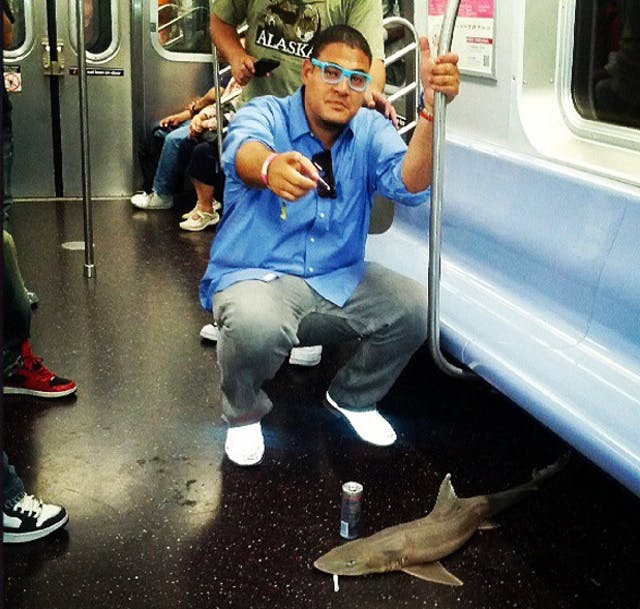 Clowning Around With The Dead Shark On The Subway, via @Gothamist http://t.co/bfCGLsazx7 pic.twitter.com/q7cDrRF0uU

Photoshop-drunk lunatics on a site called Twitter dot com began adding to it:

I wanted to see what it’d look like after 10 years of heavy drinking, which is about par for the course when your living costs consume 60 percent of your income.

This is what the N train shark will look like in 10 years pic.twitter.com/WTcdxEUXQx

Let’s hope it got out of there OK.

sure hope that shark managed to get where he was going http://t.co/uzOitZKw9o

Update: A Gothamist tipster reveals the shark’s origin story. Is it the same animal? It looks smaller on the train, but who knows.