Does the Internet create fetishes, or just enable them?

What's the deal with the findom fetish—was it always here? Or is the Internet actually changing human sexuality?

Findom, in case you haven’t run across it yourself, is a type of S&M. It’s a fetish that essentially involves the dominant partner fleecing the submissive party for cash. In other words, the “dom”—usually fully clothed, usually a female—maxes out your credit cards. Or makes you do something embarrassing on camera, and then blackmails you. 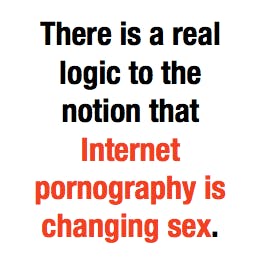 The fetish is easy to practice over the Internet via webcam and, well… fab.com, I suppose. So it’s proliferated online. As has pornography and sexual behavior in general, of course. Everything from reading smut and looking at dirty pictures to full-fledged sexual relationships between consenting adults has become an online phenomenon. As part of that transition from the physical to the virtual world, sex and human sexuality have become something that’s likely to shock even your 18-year-old grandmother.

But is the Internet actually changing the nature of sex and sexuality? Or simply illuminating what was already there? 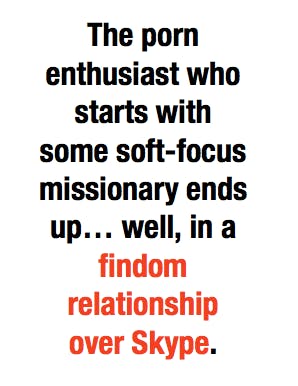 On the other hand, one has to wonder how many relationships before the Internet came along were sort of, well, findom relationships? The number one cause of marital strife is marital finances. Conjure up the image of overspending husbands and wives, the uncomfortable arguments we’ve witnessed between couple friends while we wished we could disappear into the couch cushions. Was all that actually just foreplay? Did we just lack the terminology to recognize it?

Still, the mere act of recognizing something and exposing it to outside view is itself a transformative act. We experience this phenomenon everyday when we seek out a friend who will agree with us that the boss is a jerk; or that a mutual acquaintance is crazy; or that our spouses are unreasonable. Our own beliefs and judgment don’t seem real until someone else shares them. 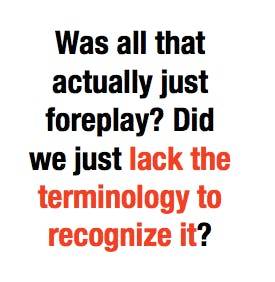 The same phenomenon happens on a cultural level. As the Internet exposes what used to occur only behind closed doors, or even only implicitly in a relationship—perhaps not even consciously recognized by the participants—it makes vague impulses into real choices. That in itself is rewiring our brains.

That’s the key difference here; that pattern, whereby the Internet exposes a latent, heretofore unexpressed reality to the entire culture, is one of its most persistent phenomenons. Consider not just sex, but sexism. Just this week, the CTO of Business Insider was canned because of his repeatedly sexist (and otherwise all kinds of offensive) tweets.

They were things this guy probably would have said to a friend over a drink; if that’s all he’d done, airing them and laughing about it over a beer probably would have validated his opinions, and he’d have kept his job. Instead, he tweeted them; every time egged on, presumably, by that little hit of dopamine. His thoughts became radically more public and he suffered real consequences for sharing them. And because those consequences were public, they do not affect just him. How many people watching the interaction have learned that such behavior is not going to be validated?

The original notion behind the term “meme” is that culture transmits human behavior and characteristics much the way genes do, and far more efficiently. Ideas and behavior in the public square rewire our brains as surely as evolution does. The Internet, then, just as surely is remaking us—perhaps out of the raw material of the old, into something new.