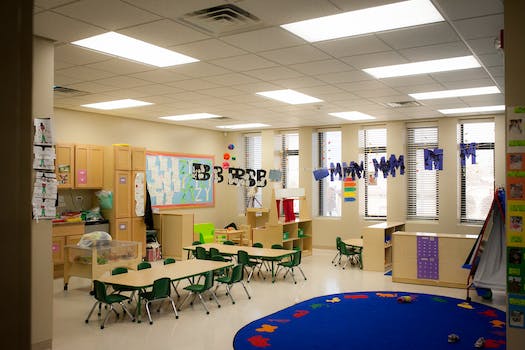 I am Jack's complete lack of surprise.

In a case that might lead some parents to think twice about leaving their kids with modestly paid strangers, two former employees of a New Jersey daycare center allegedly disobeyed all three rules and were arrested on child-abuse charges.

Erica Kenny, 22, and Chanese White, 28, of the Lightbridge Academy daycare service in Cranford, New Jersey, have been charged with “fourth-degree child abuse” for “instigating fights among a dozen children, ages 4 to 6, recording the incidents and calling them a ‘fight club.’” Kenney also faces one count of “third-degree endangering the welfare of a child,” which seems appropriate, given the rest of the report.

The fights were staged on at least one day in mid-August, according to Union County Assistant Prosecutor Michael Sheets, who is prosecuting the case.

Kenny is further accused of recording video of the fights with her cell phone and sharing the video clips with several friends on social media via the Snapchat app, Sheets said.

He said that in the video clips, Kenny can be heard referencing the activity as “Fight Club,” quoting from the book and movie of the same name in encouraging the children to engage each other physically.

Approximately a dozen boys and girls at the daycare center can be seen in the video clips shoving each other to the ground and attempting to strike each other, he said.

Obviously we all have different ways of passing time at work, but you have to be a special kind of scum to force kindergarteners into a bloodsport. They aren’t Pokémon, after all.