A day in the life of a link on Reddit

Answering the question, "How many clicks does it take to get to the frontpage of Reddit" is much like that old Tootsie Pop commercial. One? Two? The answer is, it's just not that simple. Answering the question, “How many clicks does it take to get to the frontpage of Reddit” is much like that old Tootsie Pop commercial. One? Two? The answer is, it’s just not that simple.

A former Reddit admin applied a few math tricks and a not-insignificant amount of time to visualizing the climb towards the top of the Reddit voting system. What he found is interesting — even if you’ve forgotten most of the math you learned in college.

During a peak weekday hour, Reddit as a whole received more than 300,000 votes. That’s around 83 votes per second (not minute).

If you’ve submitted a link to Reddit and found it voted down heavily, a sign that the community just isn’t enjoying the link you shared, you may be surprised to find that you’re in the minority. Overwhelmingly, up votes outnumber down votes sitewide at a ratio of 4 to 1.

“Successful links grow so fast because they have to, or they die,” writes katralnis. This “grow or die” meritocracy likely isn’t shocking to any proficient Reddit user. But the mechanics behind how Reddit determines the “hotness” score for every active link sheds light on just how complicated this is in practice.

More graphs and charts than you were prepared to look at are available on the Reddit blog, along with some of the math behind the pretty drawings. 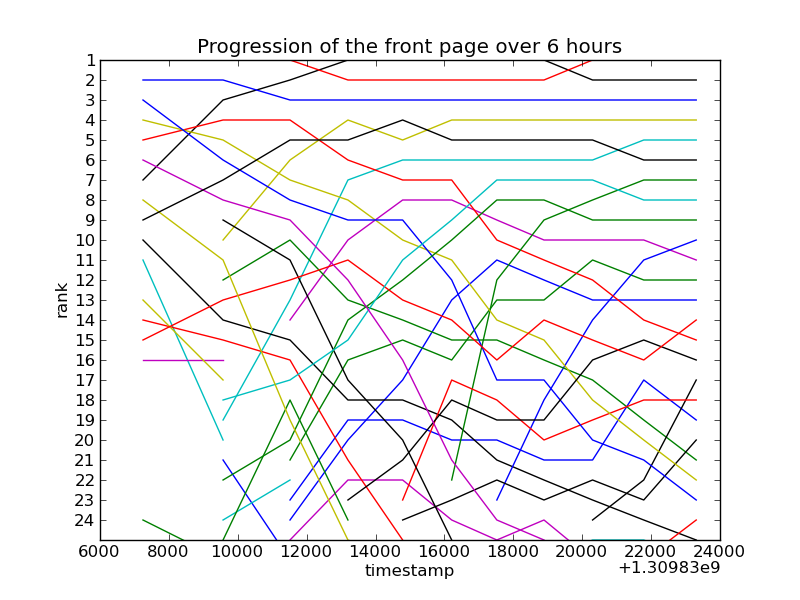 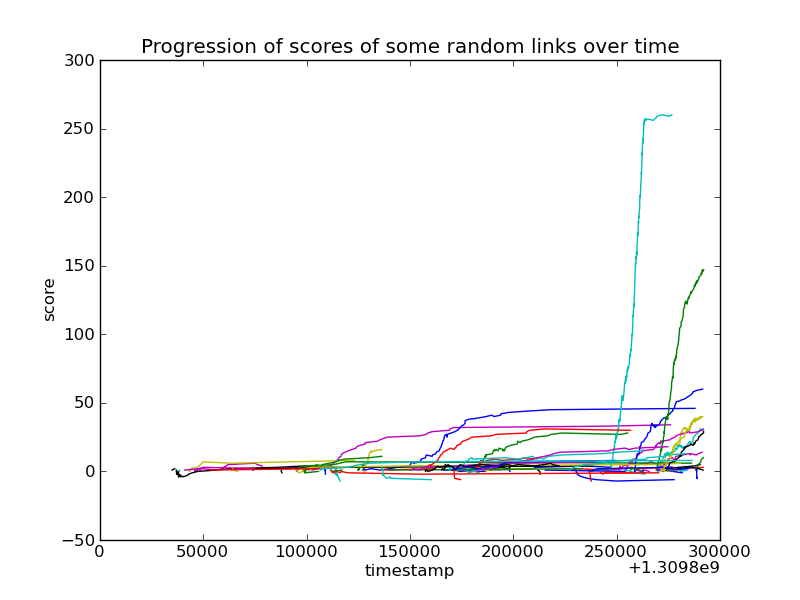