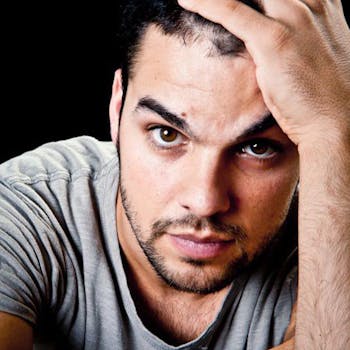 David Victori's grisly revenge tale, "The Guilt," will be turned into a full-length feature with help from Ridley Scott and Michael Fassbender.

With a name like David Victori, how could he lose?

Victori, a Spanish filmmaker, took home the top prize at YouTube’s first-ever Your Film Festival for his short film “The Guilt.”

Victori won best movie after three months of public voting on YouTube. He will receive a $500,000 grant to expand his 15-minute film into a full-length feature produced by award-winning  director Ridley Scott and actor Michael Fassbender, who picked “The Guilt” from among 10 finalists.

The other films, which represent countries like Australia, Lebanon, and Israel, included “Bat Eyes” by Damien Power, “Super.Full.” by Niam Itani, and “This Time” by Ramy El-Gabry.

“It is difficult or impossible to explain in 140 characters the joy I feel right now,” Victori tweeted in Spanish.

Victori’s grisly film follows a man on his vengeful quest to find the person who killed his wife.

Fassbender called it “very mature and confident,” and said he was “engaged from the top of the film,” according to the AP.

Each year more than 500 major films are produced in the U.S. About 48 hours of video are uploaded to YouTube every minute.