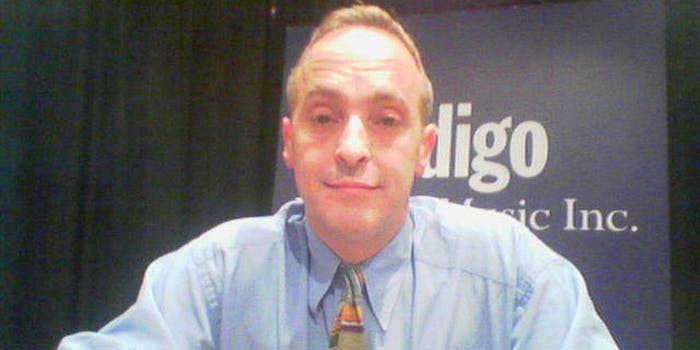 Sedaris is a great interview. He's less great with Facebook.

Writer David Sedaris has been busy on the interview circuit lately, promoting his latest book, Let’s Explore Diabetes With Owls. Sedaris is a great interview: Back in May, he sent Jon Stewart into a laughing fit from which he never recovered. He’s less great with Facebook. Earlier today, he sat down and apologized to his fans for not using the site frequently enough. 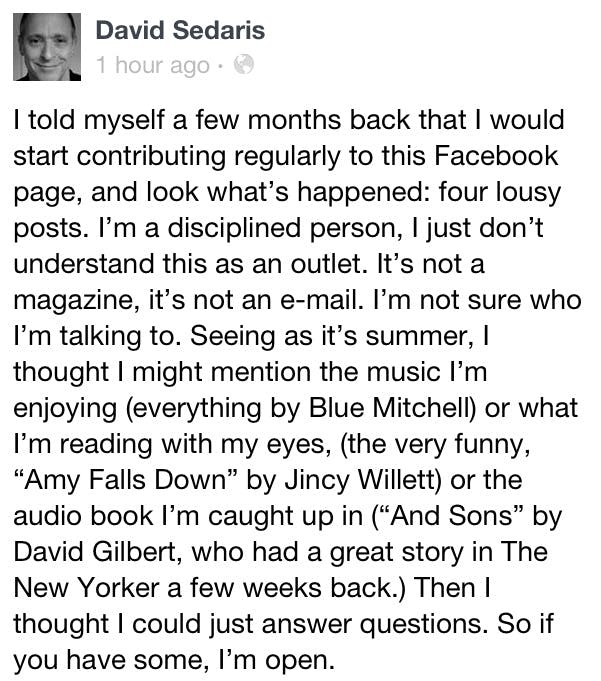 He found out who he’s talking to when fans—and Sedaris has more than 740,000—flooded his page with queries. He currently has close to 3,000 comments.

He hasn’t answered a single one.

Some fans have asked him specific questions about his work. Some asked him to post pictures of his pets, since “that’s what Facebook is for.” Someone asked him to read Fifty Shades of Grey for the audio version of the book, which is actually a great idea.

So far, he’s addressed none of them. He’s either in a corner, rocking back and forth, or he’s enjoying the meta-narrative his fans have provided. Or he’s crowdsourcing his next book.