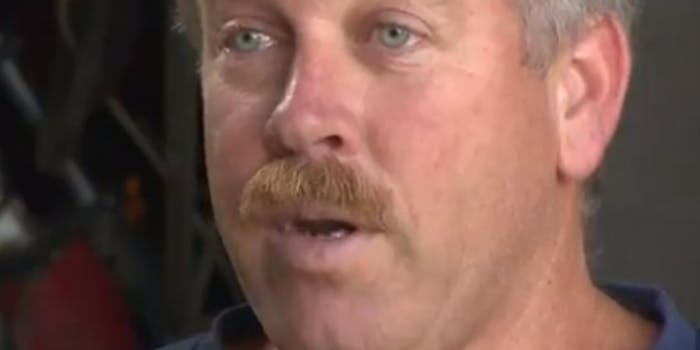 The popular stuntman, who reported to have made more than $100,000 in AdSense revenue last year, told reporters Thursday that both charges stem from a nudist video that contains “no sexual content whatsoever.”

Rock was arrested but has since been released from custody and awaits a court date. Police say that the charges stem from a police search of homes in London and nearby Lucan, where Rock owns his farm.

This is the second time that Rock has faced sexual offense charges. In the early 1990s, he was sentenced to one year in prison after being convicted of several charges relating to child pornography, including the sexual exploitation of children.

“Don’t call me a pedophile,” he told 16×9 earlier this year. “Call me a voyeur,” adding that he had lots of money and, if he wanted to exploit children, could “pay them to shut up.”

Google temporarily shut down Rock’s Davidsfarm YouTube channel after learning of the conviction in 2010, but he quickly made a replica, which currently operates under the guise of Davidsfarmlives. It currently hosts more than 270 videos and has more than 8 million views.