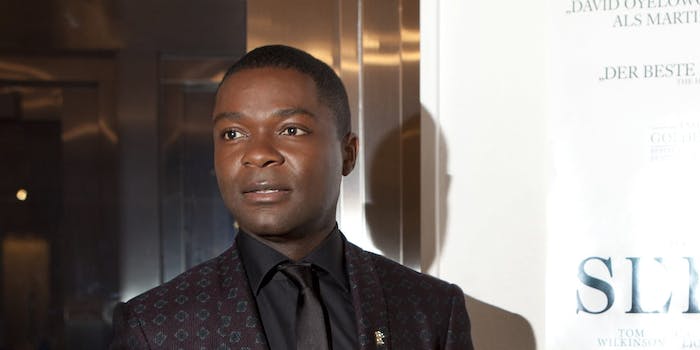 When Ava DuVernay‘s acclaimed historical drama Selma came out in 2014, it faced backlash from Academy Awards voters behind the scenes. It was eventually nominated for Best Picture, but when the cast wore Black Lives Matter shirts to its original premiere, Oscar voters called the studio to complain.

In a new interview about diversity and inclusion in film awards, Selma star David Oyelowo discussed how the movie’s political message was rejected by certain members of the industry. “Six years ago, Selma coincided with Eric Garner being murdered,” he said. “That was the last time we were in a place of ‘I Can’t Breathe’.”

“I remember at the premiere of Selma us wearing ‘I Can’t Breathe’ T-shirts in protest. Members of the Academy called in to the studio and our producers saying, ‘How dare they do that? Why are they stirring S-H-I-T?’ and ‘We are not going to vote for that film because we do not think it is their place to be doing that.’”

Oyelowo played Dr. Martin Luther King Jr., in a historical retelling of the 1965 march from Selma to Montgomery. There was a very obvious overlap between the film’s central themes and the real-life rise of Black Lives Matter, and Ava DuVernay went on to become one of the most celebrated political filmmakers in the U.S. It’s appalling but not actually surprising to hear that some Oscar voters thought Selma‘s cast should avoid speaking out about racism. As Oyelowo points out, Selma‘s Oscar snub led to the #OscarsSoWhite campaign, and to the Academy’s gradual effort to diversify its pool of voters.

Over on Twitter, DuVernay promoted Oyelowo’s words with a two-word endorsement: “True story.”

DuVernay also shared the news on Friday that Selma would stream for free “on all U.S. digital platforms” for the month of June.