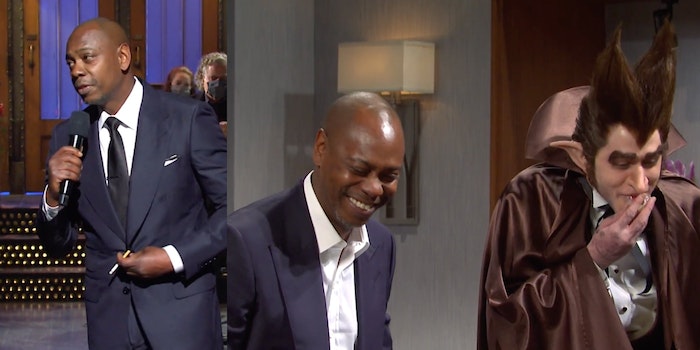 'I love a sketch where nobody can stay in character.'

Dave Chappelle returned to Saturday Night Live with what viewers are lauding as one of the strongest monologues in recent memory. He also made cast member Pete Davidson laugh hard enough to spit out his fangs during a sketch.