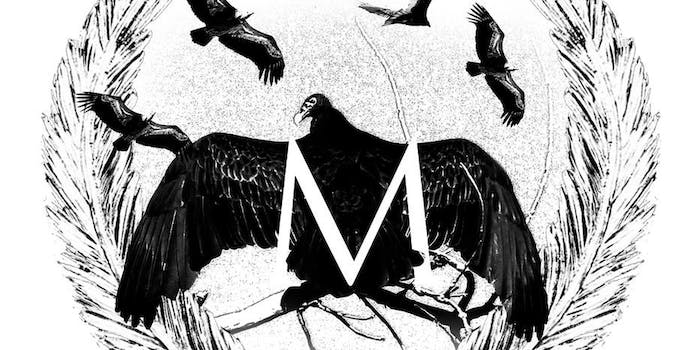 Dathan Auerbach's story "Penpal" was originally posted in a Reddit horror forum. Now it's become a novel and attracted interest from an Oscar-winning producer.

It looks like James Erwin and Alexander Rhodes aren’t the only redditors who have attracted the attention of film producers.

On Nov. 19, redditor 1000Vultures announced that a six-part story he submitted to the subreddit r/nosleep had attracted the attention of film producer Rich Middlemas. Middlemas won an Oscar for his documentary Undefeated.

“I never anticipated things getting this far, and I haven’t forgotten for a second that the people of Reddit are who made this possible,” he wrote.

The success story of 1000Vultures, whose real name is Dathan Auerbach, began in September 2011 in r/nosleep, a subreddit that collects original scary stories. He posted his story “Footsteps,” which immediately became a community favorite. The story detailed Auerbach’s childhood, when unknown forces removed him from his bedroom and placed him into the woods behind his house. It ended on a cliffhanger when the perpetrator framed Auerbach as a runaway.

His fellow redditors begged for more.

In April 2012, Auerbach launched a Kickstarter campaign to produce Penpal, a novelization of his story. In a month, over $15,000 was raised for production, over ten times the project’s initial goal of $1,500. The novel was published in July 2012.

Currently, Middlemas is shopping the novel around Hollywood. No official offers have been made and Auerbach understands the magnitude of the process.

“I try to always keep my enthusiasm tempered and realistic. I know there is always a lot standing in the way of any movie getting made, but this, at least, is an exciting step (and hopefully just one of many),” he commented in the thread.

No matter what happens, Auerbach claimed that he will not forget where he got his start.

“The support I’ve gotten so far has been incredible, and whatever comes of all of this, I’m proud that it started on Reddit,” he wrote.