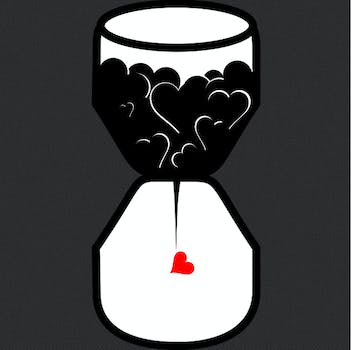 Online dating is a tricky business, until you do the math.

That’s what Amy Webb, a former journalist and the CEO of Webbmedia Group, a digital strategy agency, found out after she turned dating sites into databases to find her perfect match.

Webb joined multiple dating sites at age 30 after getting out of a long-term relationship, and she took the usual advice to play the field until she found the one. She went out with a number of men, but no matter how many dates she went on, she still felt that going out with everyone who messaged her on a dating site wasn’t an effective way to meet somebody.

After several months of romantic roulette—and a particularly bad date with a man who revealed that he was still married—she just about had it.

“It seemed as though I wasn’t landing on the right person no matter what I did,” Webb recalled. “And the more I thought about online dating and the way the sites are set up and because of what I know [with digital strategy], it seemed to me that the algorithms they had worked totally fine, but they’re collecting the wrong data.”

The night after that terrible date, Webb made a comprehensive “Mary Poppins” list of 72 things she wanted in a man and scored them so that she could use it as a basis for rating future dates. She then made 10 male profiles on JDate using different archetypes and spent a month studying how the most popular women on dating sites described and presented themselves on their profile pages; she didn’t “catfish” anyone, she clarified, and only used the profiles to collect data.

By the end of the month, Webb had plenty of intel. She knew what words would pop out of a profile, which photos did well, and what made a profile rise to the top of the queue.

Simply put, when it comes to online dating, you’re the product, and you aren’t spending enough time perfecting your pitch.

Like a résumé or a LinkedIn page, it’s all about how you present yourself and knowing your key audience on whichever dating site you use; Webb used Match.com and JDate, but she says the website doesn’t matter as long as there is a good possibility of finding a person who fits your list.

Webb originally used part of her résumé for her profile, but she noticed that the language you used to describe yourself was a big part of the algorithm.

“It’s very hard for people, myself included, to be totally objective online when you’re describing yourself—or even in-person,” Webb noted. Instead of using sarcasm that might come across better in a conversation between friends, she recommends optimistic and generic language, which the system tends to favor. Webb also found that the ideal profile was a lot shorter than one she had created by copying her résumé, roughly 100 words.

Webb used the data to create a super profile with the information she obtained. In just one week she had the most popular profile on the site. Two months later, she met Brian, the man she would later marry—an experience that she recounts in her new book Data, A Love Story.

More people are using dating sites than ever before. A University of Rochester study found that online dating was the second most common way for couples to meet, and over 25 million unique users used online dating every month. Since dating sites now span the entire country, Webb believes that the stigma against online dating is fading.

“There’s no reason to feel hesitant or shy about online dating as long as you have good expectations going in, you know what you’re looking for, and you’re using good common sense,” she said.