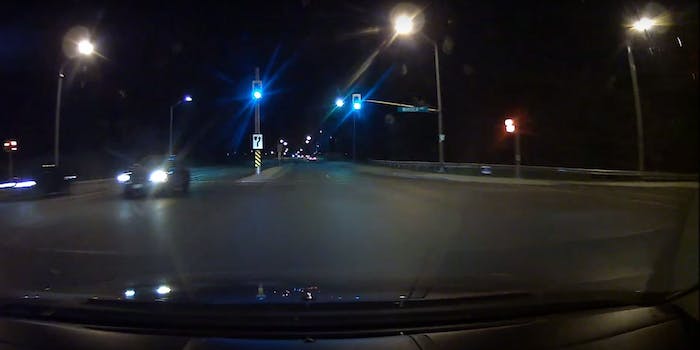 When the power started to fail for some of the lights on this street, it made driving a lot more dangerous. But it also turned the street into a sick, sick rave.

As you can see in this dashcam footage from a nearby car, the lights flash on and off, conveniently in perfect sync with the EDM soundtrack. The beat drops at exactly the right moment.

We look forward to someone stealing this idea for a music video.