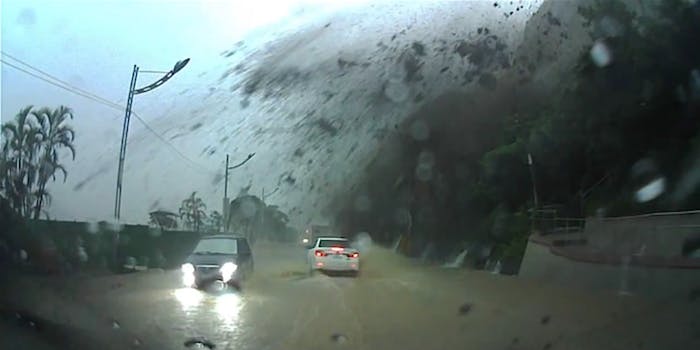 Watch as a giant boulder nearly crushes a car in Taiwan

This video shows the randomness of Mother Nature.

Dash cams have been documenting many curious, often terrifying events on the roads of Russia. In northern Taiwan, a dash cam caught the true randomness of Mother Nature.

On Saturday, heavy rains caused an impromptu landslide on a coastal road, the beginnings of which can be seen in the minute-long video. Suddenly, a boulder comes throttling down a mountain, and just misses a car. The whole thing looks like a scene from an alien-invasion movie.

Amazingly, no one was injured.