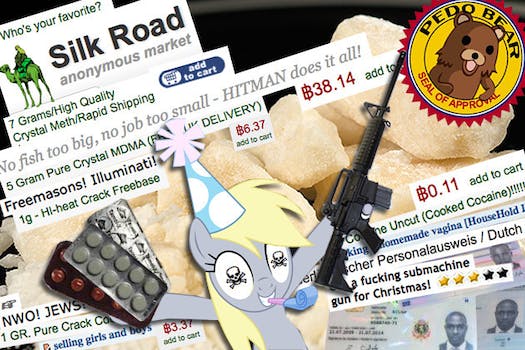 The softer side of the darknet

It's not all firearms and illegals drugs on Silk Road. 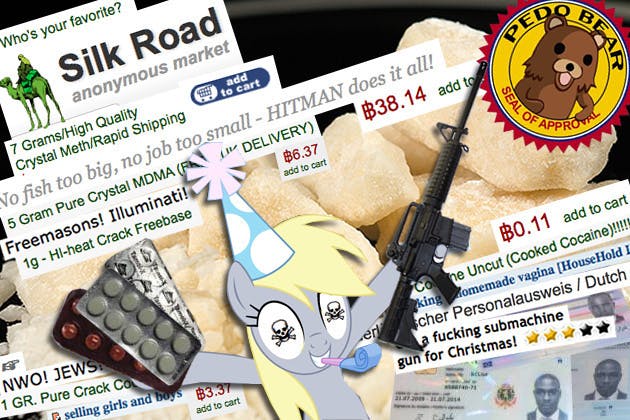 A few years ago Gawker published a revealing report on Silk Road, a website on the Tor network that we’ve all come to know and love, which they claimed was nothing more than a hive for scum, villainy, and of course lots of counterfeit money, drugs, weapons, and other things that make our religious idols weep.

It wasn’t long before bloggers and reporters were screaming bloody murder because they had ordered and received two grams of decent quality Afghan hashish in their snail mail. Those brave souls who clicked some more and Googled some Tor addresses also bumped into websites of people claiming to be contract killers (“Solutions to common problems! No fish too big, no job too small!”), a bunch of Rule 34-affirming terrible porn (welcome to the ZooNecro-chan!) and of course a reasonably safe haven for kiddy fiddlers. Since then the Tor network has of course also been in the news for its great role in the workings of Wikileaks, Anonymous, and even the enabling power its anonymity brought rebels in the Arab Spring.

But all this paints a picture that I feel is a little bit unfair. Even on the Tor network, not everything is hard-edged crime, drug deals, and cyber fugitives. Even there, hidden amongst the piles of shit, war, and filth of the human kind (I really didn’t need to know the kiddy porn wiki has a category named ‘hurtcore’), under the mud of human mental and social excrement lie gems of fluffy adorableness waiting to shine their light into the darkest corners of the darknet. Yes, even here the human desire for creativity and expression manifests itself! Therefore I present to you: some of the softer sides of the darknet.

ChristineBeckley11’s assortment also offers fortune cookies (฿0.06) which, as it would seem, are pretty popular among folks who usually buy party packs of angel dust.

A merchant named BodyInAction sells everything the average Lance Armstrong could wish for, from growth hormones to EPO, all of course for the higher goal of self-improvement. The fact that BodyInAction’s ethical standards differ from the average lifestyle consultant doesn’t stop him from offering quality olive oil. After all, even the beefcake lifter lifestyle deserves the joys of a proper and tasteful frying pan lubricant.

This is a very good oil, and I can only recommend it. On a scale of 10, I would give this oil a 9, but only because I prefer slightly pungent oils myself.